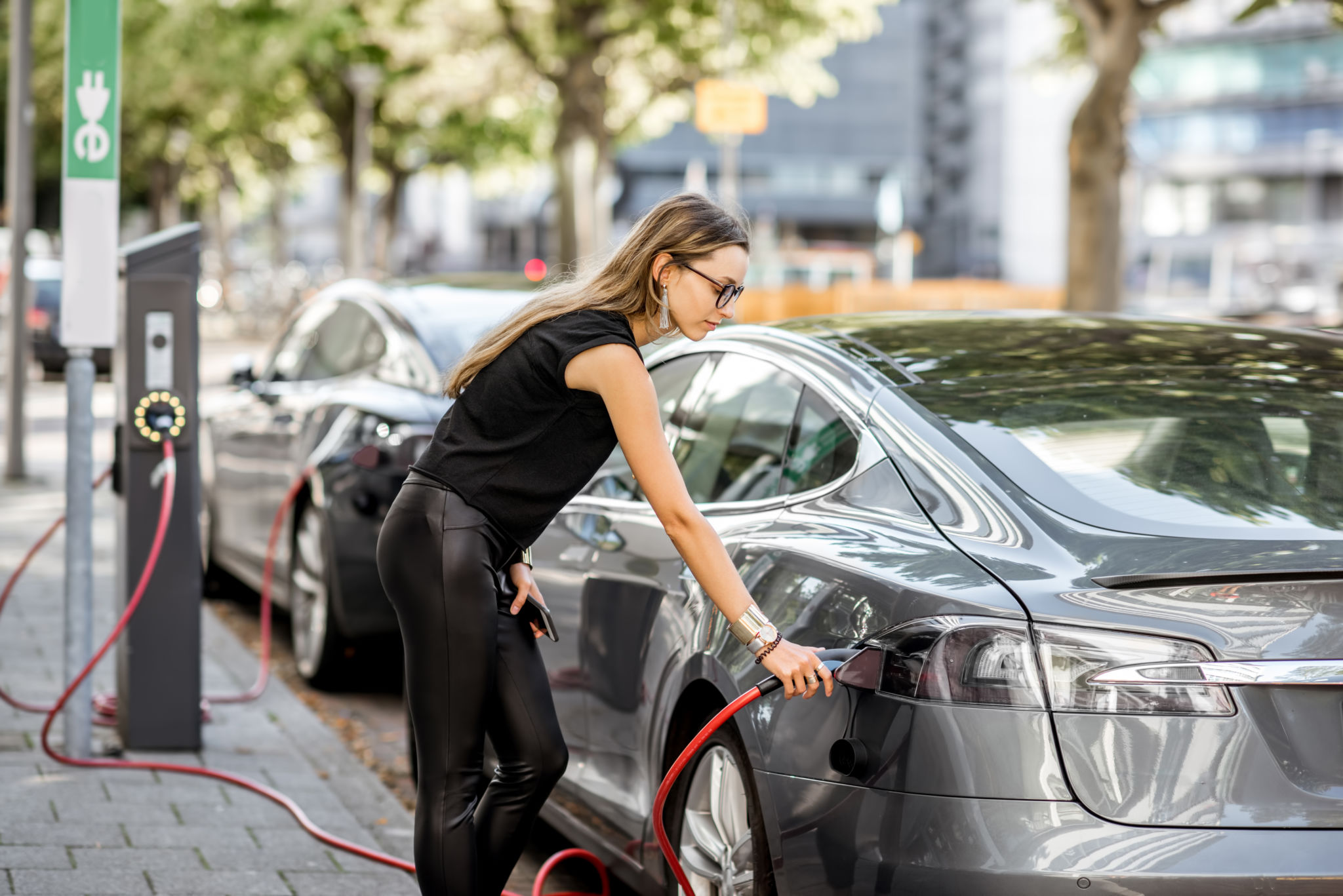 What are some charging and equity considerations?

Low-income communities and communities of color disproportionately feel the impacts of vehicle pollution and can benefit the most from the clean air and cost-saving benefits of electric cars and trucks. Yet, as more utilities invest in expanding electric vehicle charging infrastructure, few states and power companies have ensured that these investments are equitably distributed.

Advocates suggest infrastructure policy can help address inequities by being attentive to where charging is located. For example, simply having a charging station in an equity-designated area does not ensure that investment will actually serve the community. The charging station could be along a highway that runs over or around most homes, only serving highway drivers and not community members. Other model policy toolkits describe how to overcome inequities by offering lower electricity rates when the power grid is underutilized and can accommodate excess renewable power.

How often do electric cars need to charge? How quick is charging?

Many electric vehicle drivers don’t need to fill up often as nearly 75 percent of daily U.S. trips are less than 50 miles and most newer all-electric options travel over 200 miles on a full charge. When electric drivers do plug in, it’s often overnight at home from a regular outlet that can provide up to 4 miles of driving range per hour, or 25 miles of range per hour from a 240 volt outlet like those used for home appliances. For those without access to home charging or on-the-go, tens of thousands of public charging stations provide faster speeds, typically providing around 200 miles of driving range in 30 minutes.

How much electric car and truck charging is available today?

In 2020, about 34,000 new public charging points were installed in the U.S., bringing the total to roughly 100,000 public charging points across 40,000 U.S. locations. An additional 1.5 million private charge points were installed in U.S. homes in 2019. This is sufficient to cover the electric cars on the road today as public charger usage rates have remained low with electric cars and trucks still in the early adopter phase. By comparison, there were about 115,000 gas stations in the U.S. in 2019.

How much electric car and truck charging is needed?

Electric car and truck sales are accelerating – 2020 was a record sales year – and tens of millions electric vehicles are set to hit the road in the next decade. Should all new car and truck sales be electric by 2035 – a technically and economically achievable target – an average of 270,000 charging points would need to be installed annually over the next 30 years.

How much will building public electric car and truck chargers cost?

An estimated $87 billion in charging infrastructure will be needed over the next decade, including $39 billion for public charging. This amount could be achievable considering U.S. utilities invest about $30 billion annually in new electricity distribution system upgrades.

Moreover, this infrastructure cost is dwarfed by the economy-wide benefits of electrifying cars and trucks. Should all new car and truck sales be electric by 2035, U.S. consumers would save $2.7 trillion by 2050, with each U.S. household saving an average of $1,000 per year for 30 straight years.

President Biden has called for 500,000 charging points to be installed within the next several years – 4 times the number of existing gas stations – and the Administration is looking to make it easier to install charging points along federal highways, in apartment buildings, and throughout communities. Transportation advocates have called for an extension of the $30,000 federal tax credit for installing public charging, and for additional rebates and programs to accelerate the infrastructure buildout needed for the transition to all-electric vehicles.