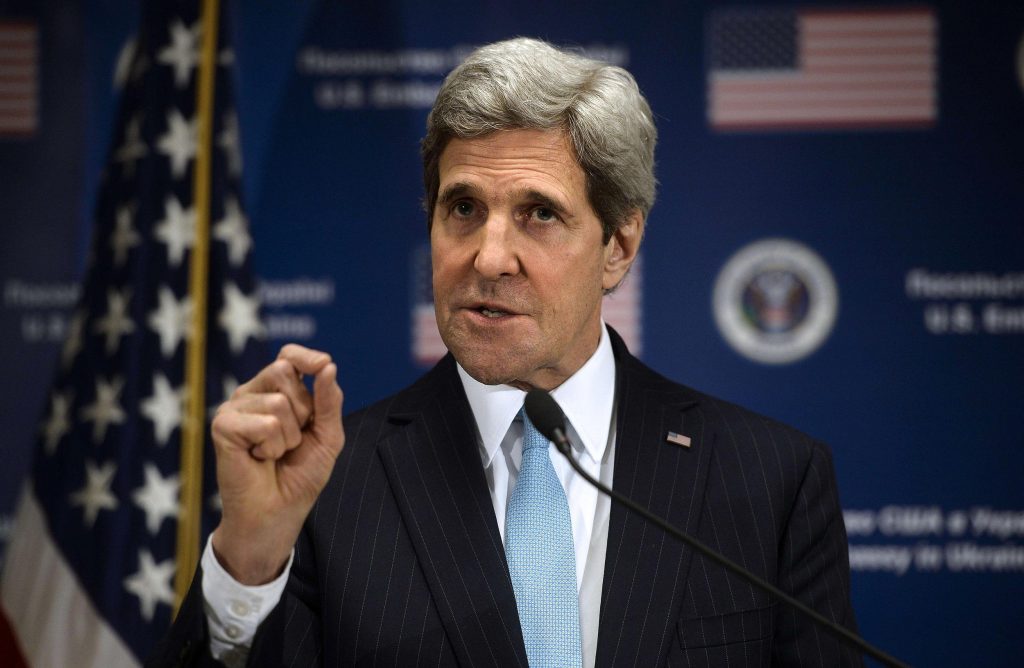 There is a well-established consensus among respected military leaders and the core of the national security appartus that the potential threat from climate change is no less than massively destructive and an enormous risk to national security.

The big picture shows us:

The U.S. Department of Defense, the largest responder to natural and humanitarian crises around the world, has been steadily documenting the various ways climate change will exacerbate crises and conflicts:

John Kerry is not alone in his assessment in the United States either, nor is he “delusional” as Newt Gingrich suggests. Kerry’s recognition of the risk is supported by military and intelligence leaders from every branch of the military and from voices throughout the political spectrum.

Mass destruction can and will occur if climate change is not directly challenged with a global, coordinated effort. Disagreement over solutions and policy is a fair, necessary debate. It is quite different to ignore and mock the threat-designation by the entire defense and intelligence community on the global impacts of a changing climate system. There is too much at stake, and luckily those at the vanguard are choosing to remain focused.

Center for Naval Analysis Report: “National Security and the Threat of Climate Change”

Office of the Under Secretary of Defense, 2011: “Trends and Implications of Climate Change for National and International Security”

The Center for Climate and Security

Partnership for A Secure America