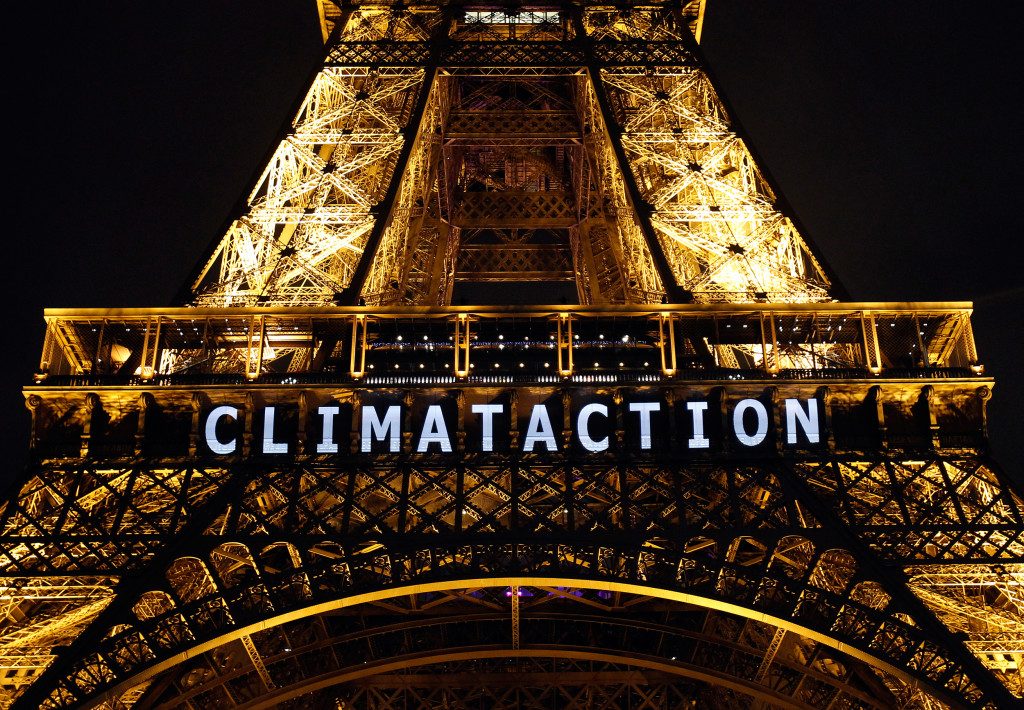 Today, representatives from nearly every country convene in Bonn, Germany to begin work on the nitty-gritty of how to achieve the goals set out in the Paris Agreement. This is the first UNFCCC meeting under the Trump administration, and comes in the midst of a heated White House debate over whether to stay in the agreement.

Despite Trump’s rhetoric and the uncertainty over whether the US will remain part of the Paris Agreement, climate action continues at the subnational level in the US and other countries around the world.

Since Trump’s inauguration on January 20th, large strides have been made on renewable energy development, clean jobs, and climate action.

The world’s largest and most profitable companies support climate action. Even energy and oil giants have advocated for US participation in the Paris Agreement. All of these companies know what risks climate change presents to their businesses, and they are seizing opportunities to profit from early action. Walmart pledged to eliminate a billion tons of greenhouse gases, roughly equal to the annual emissions of Germany. Anheuser-Busch, the world’s largest beer maker also announced that it will transition to 100 percent renewable energy by 2025.

Just two days after hundreds of thousands of people mobilized in the US and across the world in support of climate action, Atlanta became the 27th US city to commit to 100 percent renewable energy. Cities across the country, from Portland, Oregon to Madison, Wisconsin to Abita Springs, Louisiana have made this ambitious commitment to ditch fossil fuels.

Mayors from 23 other US cities also came out in support of a community-wide transition to 100 percent renewable energy and many more have pledged to substantially reduce their carbon emissions.

And it’s not only the US that’s moving on. Undeterred by Trump, the world’s biggest economies are moving forward on climate action as well.

29 countries have ratified the Paris agreement since Trump was elected, and with Uzbekistan joining the agreement, it leaves Syria and Nicaragua as the only two countries in the world not party to Paris.

Despite what Scott Pruitt says to the contrary, China is already taking big steps towards its 2030 climate goals. The nation built the world’s largest solar farm and established a mandatory cap on coal consumption. In January, the Chinese government canceled the construction of more than 100 coal-fired power plants, in an effort to reduce air pollution and tackle climate change. India also pledged to sell only electric vehicles by 2030 in a similar effort to tackle both air pollution and climate change.

Even Saudi Arabia, a country built on oil, has laid out plans for a non-oil economy by 2030.

In the EU, swift progress on renewables continues as well. In a surprise announcement, European energy companies announced they will build no new coal-fired power plants in the EU after 2020, in an effort to meet Paris goals. On April 21st, all the electricity for a 24 hour period in the UK was produced using absolutely no coal for the first time since the Industrial Revolution.

In April, Denmark offshore wind giant DONG Energy won the rights to build two new wind farms in the German North Sea without any government subsidies.The move represents a major milestone for the cost-competitiveness of offshore wind, which has previously often relied on support from European governments.

Clearly, renewables are on the rise around the world. The public is mobilizing en masse for strong climate policies, and subnational actors and international governments are listening.

Regardless of what the Trump administration decides to do about the Paris Agreement, the rest of the world and much of the US is moving forward on climate action.