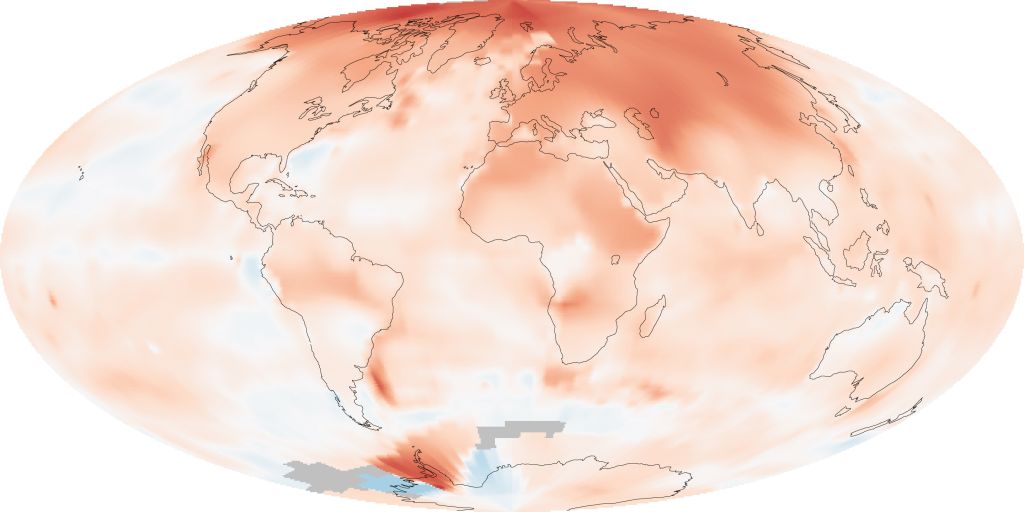 In the United States, the most recent decade (2000-2010) was the nation’s warmest on record. Record-breaking high temperatures are now outnumbering record lows by an average decadal ratio of 2:1. Record highs are occurring more often than record lows due to climate change.

The above tool updates daily to offer a snapshot look at the US ratio between hot and cold temperature records as it stands for the period of the last 365 days. The 1950s and 1990s tabs also offer the decadal view from which the trend driven by climate change is clearest.

[To embed this widget, see below.] 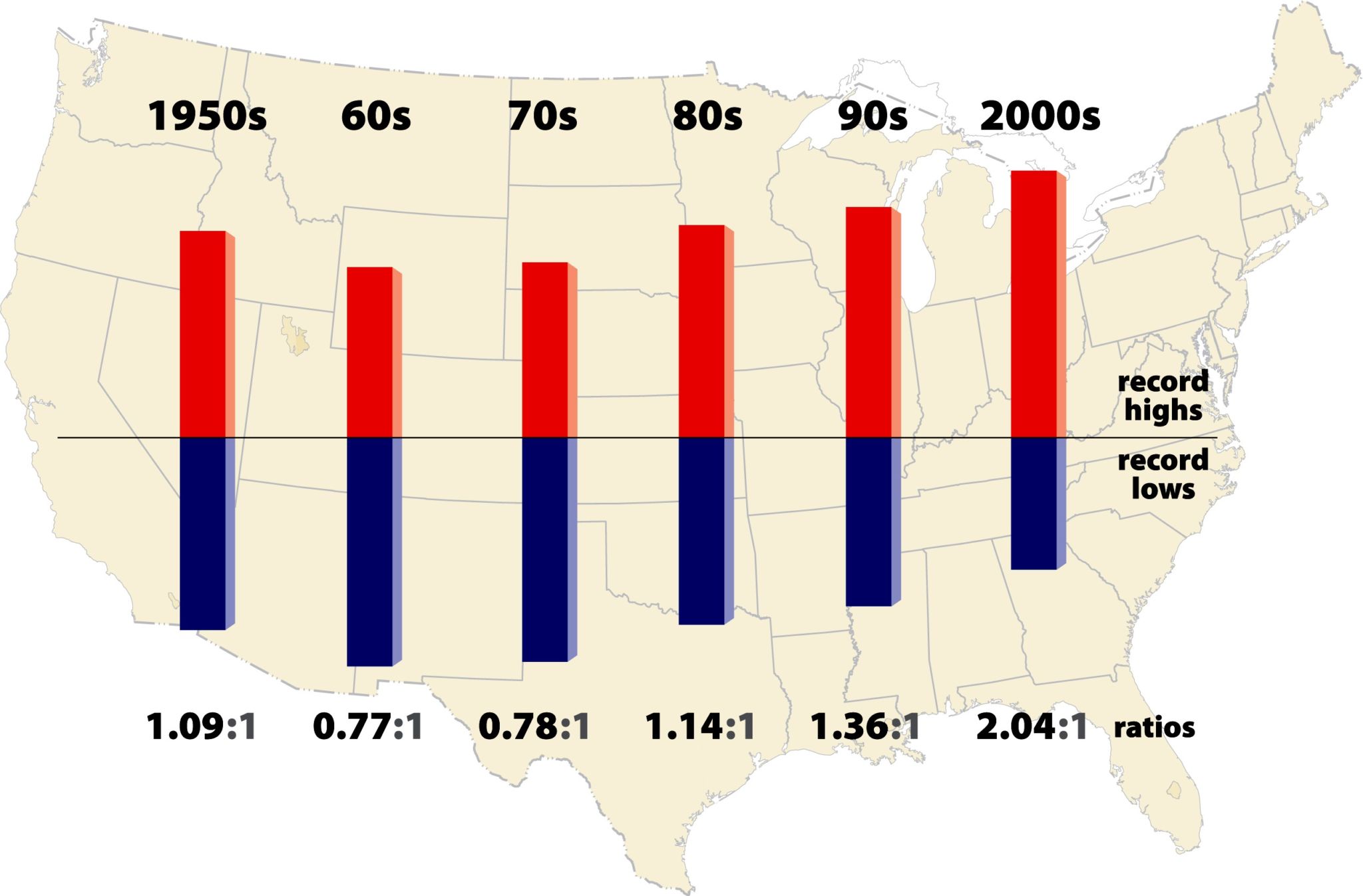 Figure 1: The ratio of record daily highs to record daily lows observed at about 1,800 weather stations in the 48 contiguous United States from January 1950 through September 2009. UCAR 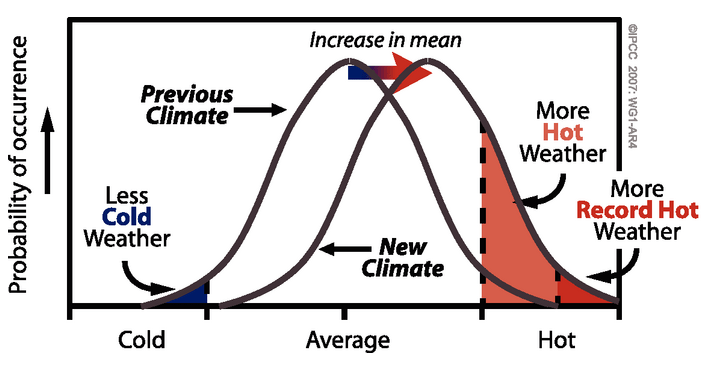 Figure 2: The effect on extreme temperatures when the mean temperature increases, for a normal temperature distribution. IPCC 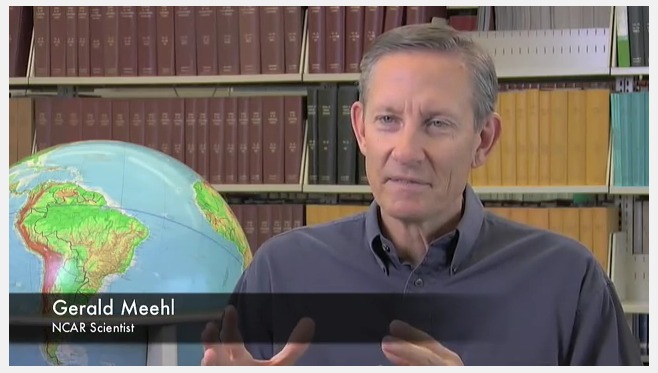 The hottest days and nights have become more intense and more frequent since 1950, and there has been an increase in the intensity, duration and frequency of extreme heat events.  The Third US National Climate Assessment confirms these trends, finding that, “Prolonged periods of high temperatures and the persistence of high nighttime temperatures have increased in many locations (especially in urban areas) over the past half century.” By the middle of this century, people in the US can expect a fourfold to sixfold increase in the number of days exceeding 95°F (35°C) under the IPCC’s A2 emissions scenario.

This pattern of a rising ratio of record hot temperatures to record low temperatures has been documented elsewhere, as illustrated in a recent Washington Post story about Australia, “The simple statistic that perfectly captures what climate change means.”

Even though the average global temperature is steadily rising, it is still possible to see extremely cold days, though they are becoming increasingly uncommon and the most extreme cold temperatures are becoming very rare. A cold snap that breaks records, while increasingly uncommon, can still occur, as the range of natural variation for local spot temperatures is very large when compared to the length of modern record-keeping. For example, a cold event that qualifies as a once-in-500-year event under the current climate may be colder than any event that was recorded during the prior climate, as modern record keeping often only goes back 100 years (or less) for many locations.

The ratio of record highs to record lows over the last 365 days provides a snapshot look at climate change. However, year to year variability in the climate system is large. In 2012, the ratio of hot to cold records was about 6 to 1; in 2013, it was less than 1 to 1. From 2000 to 2010, the ratio was an average of 2 to 1. NOAA tracks and provides counts for daily weather records here, including record low and high temperatures.

Atmospheric temperatures still swing between “cold” and “hot” years, even as they now trend warmer on average. This is because of natural variation in the climate system, as heat cycles between the atmosphere and the ocean through phenomena such as El Niño. Heat records are more likely to be broken when natural variation runs in the same direction as global warming. When the two are out of sync, it is more likely that temperatures will be average or even a little below average. Therefore, the rising trend in the ratio of record highs to record lows is clearest when looking over decades.

Looking ahead, under a moderate rising emissions scenario, the ratio of record high maximum to record low minimum temperatures in the US is projected to continue to increase, with ratios of about 20 to 1 by mid-century and roughly 50 to 1 by the end of the century.

The “Tracking Climate Change” widget is freely available to embed on your site in both a light and dark theme: