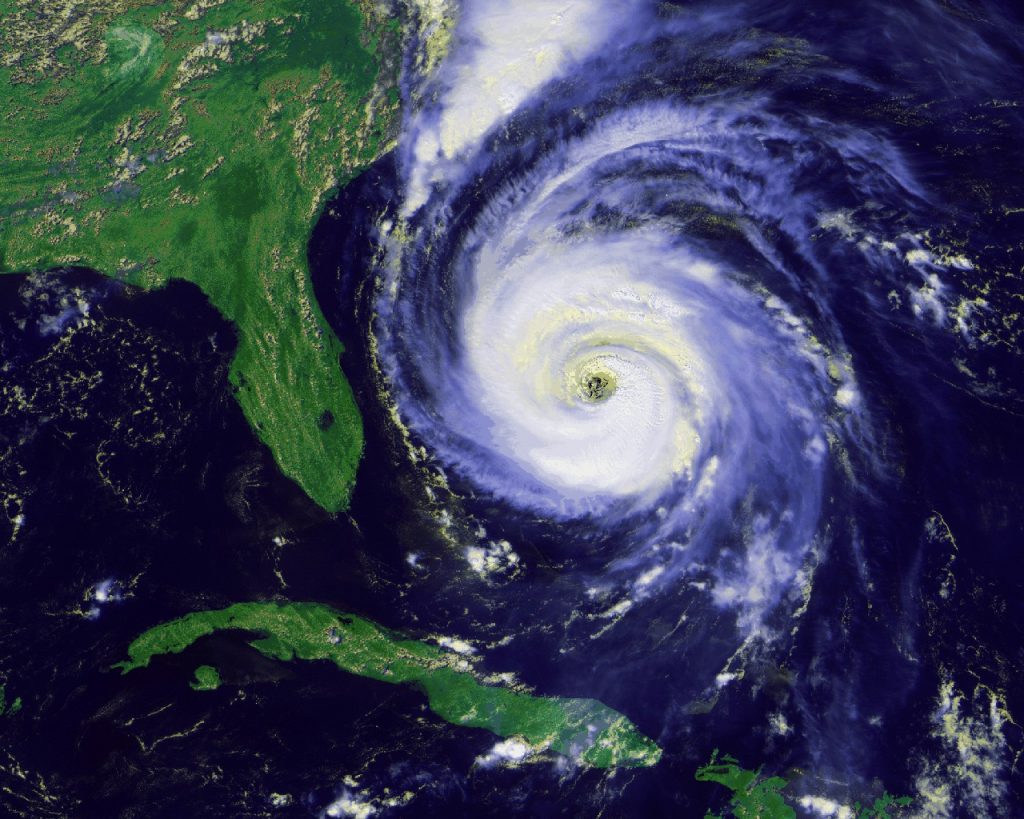 Water connected to Hurricane Joaquin has converged with another slow-moving storm in the East causing torrential rain and flooding. On Saturday, 24-hour rainfall totals in parts of North Carolina, South Carolina and Georgia reached levels likely to occur only once every 100 years, with some regions even experiencing rainfall amounts expected only once every 1000 years. And more rain is coming.
The severity of the combined storms has many links to climate change. The heaviest rainfall events have become heavier and more frequent across the US, due to an increase in water vapor in the air made possible by warmer temperatures.
Sea surface temperatures in the region where Hurricane Joaquin underwent rapid intensification are currently the warmest ever recorded. Hurricanes are fueled by warm water, contributing to an increase in the frequency of the most intense hurricanes, and an exponential increase in damage. Virtually every measure of hurricane activity in the Atlantic has increased substantially since the 1970s, due to the combination of human-caused climate change and natural variation.
Simply put, climate change is causing more destructive precipitation events and hurricanes in the Northwest Atlantic. For more detailed information see Climate Nexus’ Hurricane backgrounder.
Heavy precipitation events across the US are increasing by large amounts.
Hurricane-related precipitation in the Southeast has been increasing.
Rising sea levels increase the probability of storm-induced surges and flooding.
Climate change loads hurricanes with additional moisture, intensifying rainfall.
Rising sea surface temperatures increase frequency of most severe hurricanes.
Hurricane loss and damage is skyrocketing.
Send this to a friend