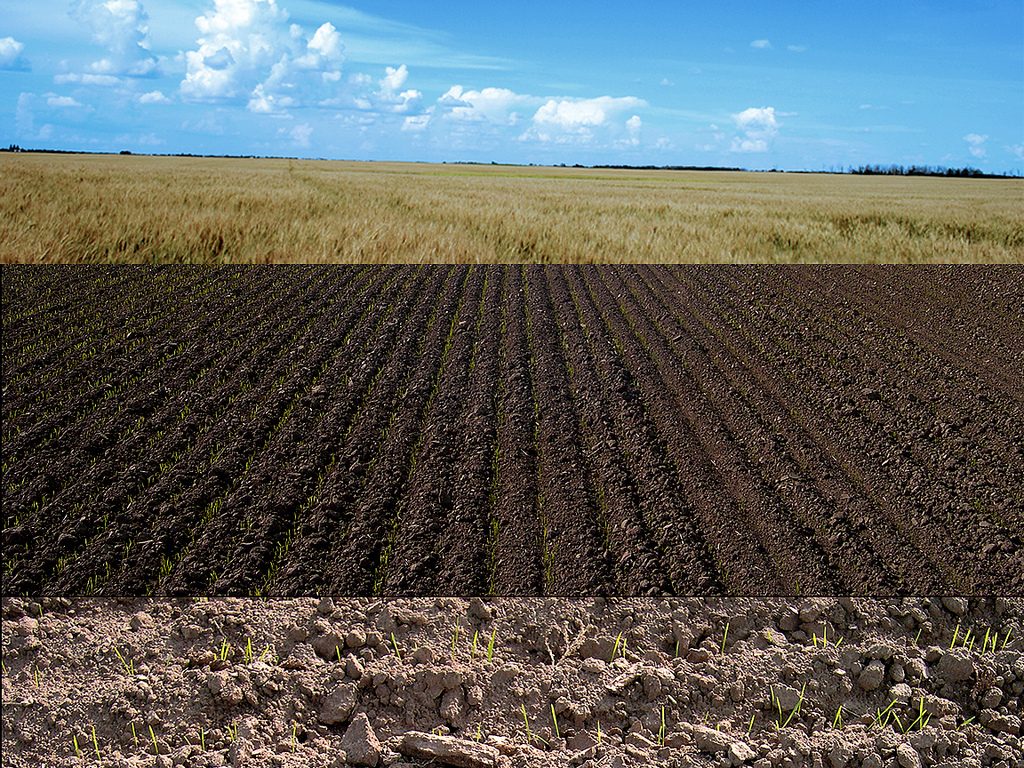 The world’s soils hold a significant amount of carbon – more than double the amount in the atmosphere. The Intergovernmental Panel on Climate Change’s most recent report finds that storing, or “sequestering,” carbon will be essential in lowering atmospheric carbon levels.  Agriculture, forestry and other land use practices that store carbon in the ground offer an opportunity to mitigate climate change. Healthy soils with more organic matter can store carbon while providing agricultural and environmental benefits.

Land in the US already helps to store carbon from the atmosphere. In 2014, forests, croplands, trees in urban areas and organic material in landfills offset 11.5% of US carbon emissions. However, US cropland currently only sequesters 8.4 million metric tons of CO2-equivalent (MT CO2e) annually, compared to the estimated 100 million MT CO2e potential. Farmers can help soils reach their carbon storage potential by making sure crop residue and animal manure re-enters the soil. The amount of carbon that soil can hold, or the “carbon budget,” depends on the type of soil. For instance, clay-based soils hold organic carbon for longer than sandy soils. The carbon budget also depends on the regional climate, how often the soil is disturbed and even the characteristics of soil microbe communities.

Soil carbon storage directly benefits farmers by improving soil fertility, reducing erosion and increasing resilience to droughts and floods. For these reasons, many farmers already use conservation practices that keep soils healthy and full of carbon, such as no-till agriculture, agroforestry and planting cover crops.

There are four main pathways toward increasing soil carbon:

Soil carbon storage is supported by federal conservation programs, primarily through the Environmental Quality Incentives Program and the Conservation Technical Assistance Program, which provide funds for soil health practices on 2-5% of croplands. Regional programs, like the Regional Conservation Partnership Program, also support soil carbon storage by providing conservation assistance. The USDA provides other resources for “climate-smart agriculture” and building healthy soils, but the initiatives are all voluntary and have yet to be adopted large-scale.

Farmers face significant barriers to adopting healthy soil practices, and responsibly managing cropland involves trade-offs. For instance, tilling soil is a traditional practice for controlling weeds, and shifting to no-till requires altering farm equipment and using other weed-control methods. Farmers face up-front costs in order to implement conservation practices and also risk lower yields in the short-term or less cropland for production, if acreage is instead used for permanent vegetation.

Another barrier to adoption is that the benefits of healthier, carbon-rich soils only add up in the long-run. Furthermore, while farmers face individual cost and risk, these long-term benefits are spread among entire communities that benefit from cleaner water, less erosion and resilience to a changing climate. Therefore, subsidies are one pathway toward incentivizing farmers to invest in cultivating healthier soils.

Much remains unknown about soil carbon storage, so it is difficult to estimate total benefits and which soil management practices offer the most potential for a given soil type, climate and crop. The Natural Resources Conservation Service (NRCS), a branch of the USDA, provides technical advice and planning tools that can help farmers make informed decisions about soil management. However, the NRCS lacks sufficient staff to make sure practices are implemented correctly over the long-term.

Almost 40% of US farmland is operated by renters, and 80% of agricultural land is owned by a non-farming landlord. This makes it difficult to incentivize investments in soil health, since renting tenants face short-term costs but might not receive the long-term benefits.