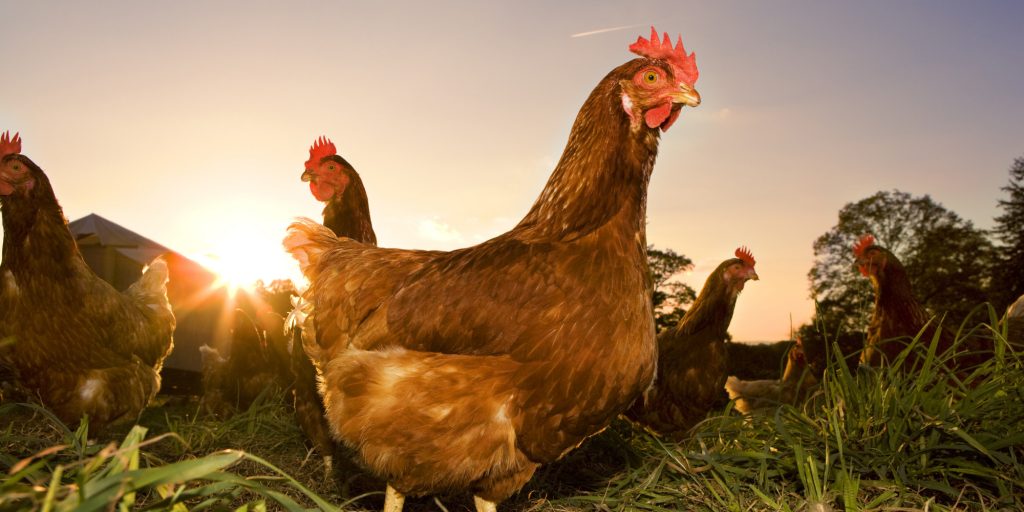 Though much of the world is focused on transitioning away from fossil fuels as a way to fight climate change, there is another, often-overlooked climate change culprit: animal agriculture and its environmental impact. Animal agriculture is the second largest contributor to human-made greenhouse gas (GHG) emissions after fossil fuels and is a leading cause of deforestation, water and air pollution and biodiversity loss.

Animal agriculture puts a heavy strain on many of the Earth’s finite land, water and energy resources. In order to accommodate the 70 billion animals raised annually for human consumption, a third of the planet’s ice-free land surface, as well as nearly sixteen percent of global freshwater, is devoted to growing livestock. Furthermore, a third of worldwide grain production is used to feed livestock. By 2050, consumption of meat and dairy products is expected to rise 76 and 64 percent respectively, which will increase the resource burden from the industry. Cattle are by far the biggest source of emissions from animal agriculture, with one recent study showing that in an average American diet, beef consumption creates 1,984 pounds of CO2e annually. Replacing beef with plants would reduce that figure 96 percent, bringing it down to just 73 pounds of CO2e. 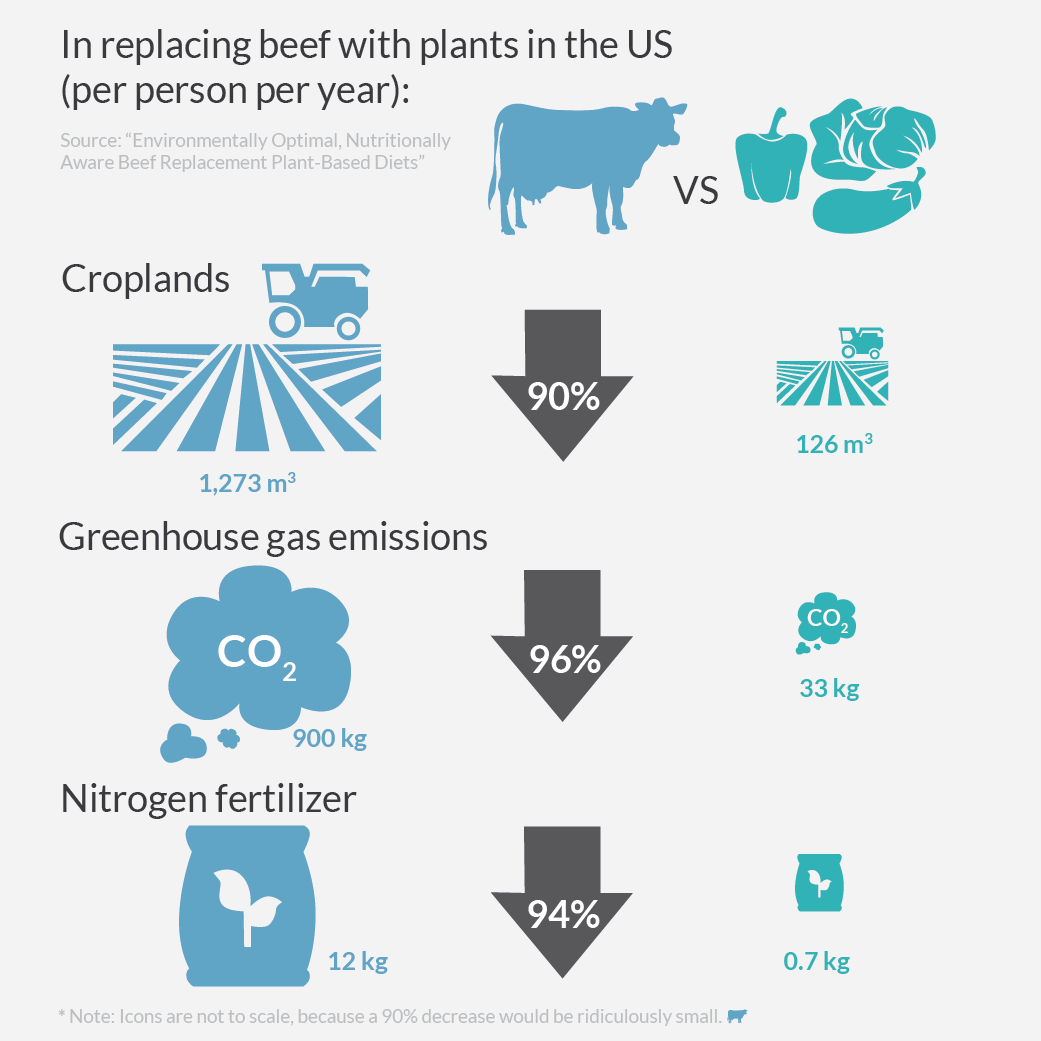 Most of the GHG emissions result from:

Tackling Climate Change Through Livestock, a widely-cited 2013 report by the UN Food and Agriculture Organization (FAO), estimates about 14.5 percent of global GHG emissions, or 7.1 gigatons of CO2 equivalent, can be attributed to the livestock sector annually. This is broadly equivalent to the emissions from all the fuel burned by all the world’s transport vehicles, including cars, trucks, trains, boats and airplanes.

Furthermore, air and water pollution can be directly attributed to the livestock sector, which is the largest contributor to global water pollution. The livestock sector is also one of the leading drivers of global deforestation, and is linked to 75 percent of historic deforestation in the Brazilian Amazon rainforest. Nearly a third of biodiversity loss to date has been linked to animal agriculture. Further amplifying water and air pollution, global livestock produce seven to nine times more sewage than humans, most of which is left untreated. They also discharge pesticides, antibiotics, and heavy metals into water systems.

Animal agriculture is linked to:

Concentrated animal farming operations present additional public health risks to nearby communities, as viral diseases may spread from sick livestock to humans and the increased use of antibiotics encourages antibiotic resistance. Irresponsible manure management from high-volume facilities risks aerosolizing fecal matter that may reach nearby homes and cause respiratory problems. Livestock waste can also pass through the soil to groundwater, which may then contaminate nearby streams and rivers with nitrates and pathogens.

Global GHG emissions from the livestock sector increased by 51 percent between 1961 and 2010, spurred by a 54 percent increase in methane and nitrous oxide emissions from livestock manure. Moreover, approximately one gigaton of carbon dioxide equivalent worth of animal-based foods is wasted globally every year.

If global consumption of meat and dairy continues to grow at the current pace, the agriculture sector could consume about 70 percent of the allowable budget for all GHG emissions by mid-century. To meet the global goal of limiting warming to 2°C, annual emissions must be reduced from today’s levels of 49 gigatons of CO2 to around 23 gigatons by 2050. Agriculture would use up 20 of those gigatons, leaving only three for the rest of the global economy.

GHG intensity from the average western diet could be cut in half by adopting a plant-based diet. Agricultural emissions can also be limited through smarter livestock handling, technology-enabled monitoring of fertilizer application, simple changes in field layout and other, more efficient agricultural techniques. Groups like Solutions from the Land are working with American farmers to find ways to reduce emissions without sacrificing production, and the US Department of Agriculture set up Climate Hubs to help farmers adapt to and mitigate climate change. Meanwhile, international groups like the Consortium of International Agricultural Researchers and the International Food Policy Research Institute are conducting ground-breaking research to determine just how climate change will impact farmers and what they can do about it.