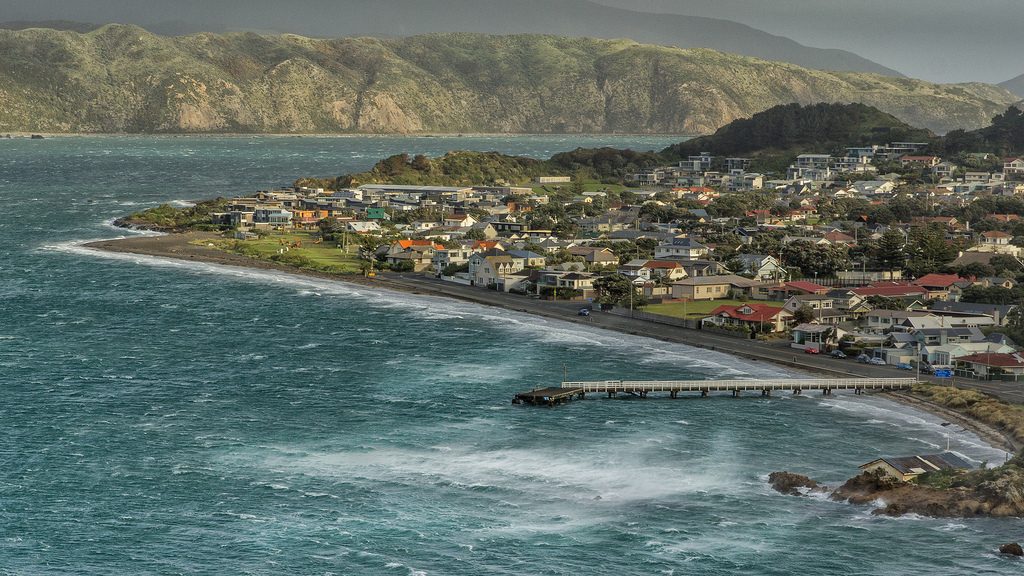 Because the climate system works on long cycles, the current level of warming is already locked in and will continue to rise until all greenhouse gas emissions cease. It will not be possible to adapt to all of the resulting impacts. The resulting losses and damages are projected to increase significantly in the future.

The phrase ‘loss and damage’ applies to the devastation wrought by climate change, both when the destruction can be repaired (damage) and when it cannot be repaired, resulting in permanent ruination (loss). In the latter case, losses caused by climate change extend beyond the loss of human life.: For example, territory can be lost as whole island nations or large stretches of low-lying coastline are submerged by sea level rise. Livelihoods can be lost when farmland or forests are turned to desert by climate-driven drought, or when fisheries are wrecked by temperature extremes and increased ocean acidity. Finally, social and cultural practices can be lost as societies are displaced from their homes.

Some of these losses or damages are intrinsically economic, but others are mainly cultural or social, particularly for indigenous peoples and other communities whose identities, livelihoods, and lifestyles are affected. It is generally harder to affix an asset value to social and cultural losses.

In the UN Framework Convention on Climate Change (UNFCCC)  negotiations, ‘loss and damage’ refers to the effort to build an overarching understanding of how the global community will respond to these challenges. Negotiators must decide what kind of legal recognition will be given to losses and damages, as well as explore how to anticipate, manage, measure, and respond to loss and damage. Often, countries and populations that are particularly challenged by loss and damage are those least responsible for greenhouse gas emissions driving the losses.

A brief chronology of loss and damage in the UNFCCC process:

The topic of loss and damage has both legal and technical dimensions. There is an ongoing effort to establish durable legal recognition of the issue in international agreements. There is also a continuing push to design a specialized mechanism for calculating costs and providing restitution for the destructive impacts of climate change borne disproportionately by vulnerable countries.

As the timeline shows, the technical treatment of loss and damage (currently embodied in the WIM) is slated to be reviewed after the 2015 climate agreement in Paris. Proponents of loss and damage restitution argue that it will be necessary to address the legal dimensions in the 2015 international climate deal. However, the agreement reached by countries in Limalast December outlining the major elements of the Paris deal did not include loss and damage.

In addition to AOSIS, the originators of the concept, the Least Developed Countries bloc (LDCs) are particularly strong proponents of including loss and damage in the Paris agreement. Together, countries in these two blocks are some of the most susceptible to climate change devastation.

There are two principal reasons that these blocs are pushing so strongly for loss and damage to be included in the Paris agreement. AOSIS members and LDCs are experiencing adverse effects from climate change now. Some are facing shrinking borders or complete territorial loss, and they want to ensure that the issue and the WIM are anchored in the new climate regime for post-2020. Also, proponents of the loss and damage mechanism recognize the high-profile nature of the Paris agreement, and want to ensure that any mechanism is legally relevant to the global climate deal.

If the issue of loss and damage is included in the Paris agreement, it would likely carry greater force in the years to come. Countries in favor of the Warsaw mechanism have more leverage in 2015 to get their demands on the table than they will after the agreement is finalized, as each country can advocate for their own issues as a prerequisite for signing the deal. Some advocates for the loss and damage issue doubt that they will be able to get developed countries to agree to the Warsaw mechanism if discussion is postponed until after Paris. For both these reasons, proponents of an internationally recognized understanding ofloss and damage have placed increasing emphasis on the issue in international climate discussions over recent years.

Those in favor of addressing loss and damage, both inside and outside the official negotiations, are pushing to use 2015 as a year to discuss what can be done to address current costs of climate change impacts. These discussions will consider loss and damage compensation both in addition to and in place of the WIM, in the event that it is delayed or blocked in 2016.

Loss and damage has become one of the most fraught issues in the international climate negotiations. Developed countries hold significant historical responsibility for producing the emissions driving climate change, but are largely unwilling to open themselves to the financial liability of compensating foreign countries hit by climate-related disasters. Many developed countries are arguing that the Warsaw Decision set a different timetable for this issue, which would mean that loss and damage is not currently set to be decided on as part of the Paris Agreement, unlike the issues of adaptation, mitigation, and finance.

The push and pull between developed and developing nations has caused significant confusion. The confusion is compounded by the blurred relationship in the draft Paris negotiating text between the issues of adaptation andloss and damage. Several paragraphs mentioning loss and damage were inserted in the text in Geneva, however, these mentions are mostly embedded in the section of the text on adaptation. Many advocates for the recognition of loss and damage are pushing for the topic to not only be referenced or anchored in the Paris agreement, but for it to be distilled in its own section of the draft text. These proponents argue  that loss and damage should not be grouped with adaptation, as loss and damage only becomes relevant after adaptive capability is exceeded.

Countering this position, parties who are less supportive of loss and damage mechanisms have expressed reluctance to moving the topic to its own section, preferring instead to keep the issue as a minor element within the section on adaptation. Countries that hold this position rationalize that loss and damage was articulated as part of the Cancun Adaptation Framework and cannot be disconnected from that agreement.

More extreme opponents to addressing loss and damage have sought to excise mentions of the topic from the agreement text entirely, stating a preference to move these elements to an accompanying COP decision.

It remains unclear how the issue of loss and damage will ultimately be reflected in the Paris Agreement text, or whether it will be included at all.

However, during the August – September Bonn round of negotiations, developed countries – particularly the United States – dropped their opposition to including loss and damage in the Paris agreement marking a major breakthrough on not only this issue but in the level of trust and understanding around the cross-cutting issue of differentiation more generally. The iteration of the negotiating text released by the co-chairs of the ADP platform in early October includes a brief section acknowledging loss and damage in the official agreement text (considered anchoring text for the issue) and carves out a space to elaborate loss and damage in the accompanying decision section of the text although, at this juncture, this space is simply occupied by placeholder language explaining that parties still need to work out how fully to articulate loss and damage in the decision section and how closely it will incorporate policy actions in its articulation of loss and damage.