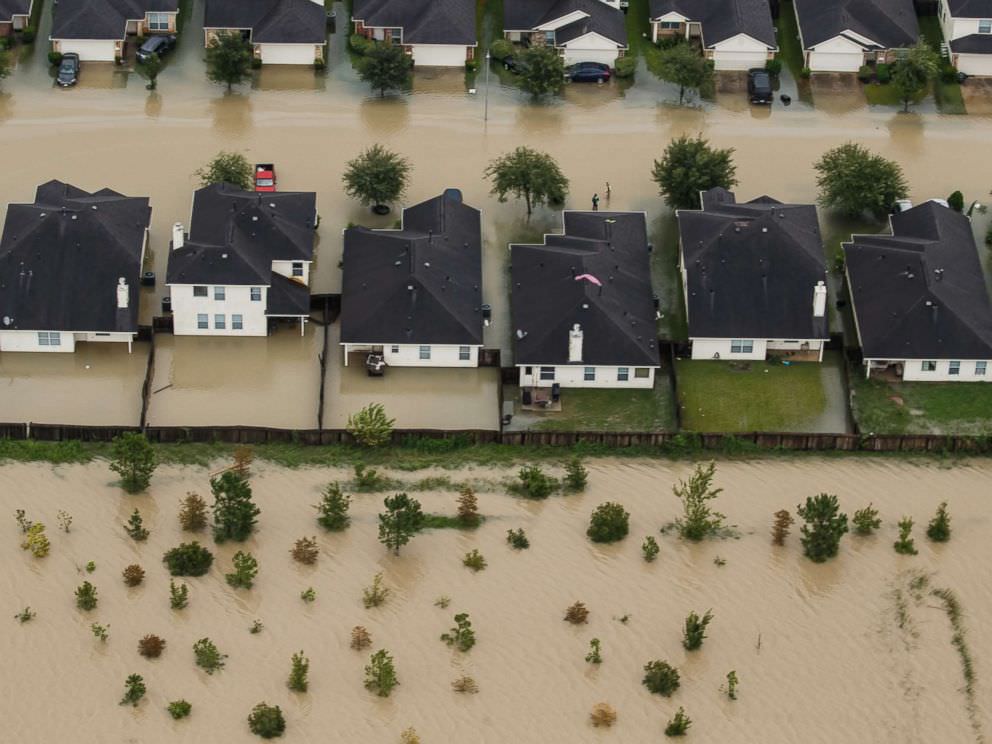 Climate change is increasing the frequency, intensity, and duration of many extreme weather events, and amplifying the damages caused by storms such as Hurricane Harvey. That means bigger losses for insurers, which often pick up the tab for damages that businesses and homeowners incur, and the government, which faces further losses through the National Flood Insurance Program.

Eight of the ten costliest hurricanes in U.S. history (before Hurricane Harvey), in terms of insured losses, have occurred since 2000, according to the Insurance Information Institute. They also note that nine of the 10 costliest floods in U.S. history, when measured by payouts from the federal government’s National Flood Insurance Program, have also occurred since 2000. While this is undoubtedly driven by an increase in the value of property in harm’s way, climate change is also playing a role.

Not all losses will be insured. As of August 2016, just 15% of the 1.6 million homes in Harris County, which includes Houston, had flood insurance, and only 28% of the homes in “high-risk” areas for flooding.

Insured losses from Hurricane Harvey could be as much as $10 billion to $20 billion, according to JPMorgan. They forecast that insured homeowner damage could total $1 billion to $5 billion – the figure is low because most regular homeowner policies lack flood-insurance coverage – with another $8.5 billion to $13 billion in losses for commercial-property insurers and reinsurers. Insured auto losses could range from $500 million to $2 billion.

Over five million households are covered, representing more than $1.2 trillion in coverage. More than half of these are in Texas, Florida and Louisiana. In Harris County, Texas alone, the NFIP holds more than 240,000 policies, representing more than $60 billion in coverage. We don’t yet know how large payouts under the program will be, we do know they will be large, we do know that taxpayers will foot the bill. Hurricane Katrina, the costliest hurricane in US history, resulted in $16.3 billion in payouts from the NFIP. Individual flood insurance claims are capped at $250,000 for a home, $100,000 for contents, $500,000 for a business building, and $500,000 for its contents.

The program is currently $24.6 billion in debt. Critics, including private insurers, environmental groups and a bipartisan group of politicians are demanding reforms including more accurate mapping, more private sector competition, and new incentives for risk reduction, before it is reauthorized. But previous attempts to reform the program have not been entirely successful. Key reforms that would have raised premiums for many NFIP policyholders, passed in 2012, were quickly repealed in 2014.

To get a federally-backed mortgage on a home in a high-risk zone, federal law requires an individual to purchase flood insurance. However there are concerns that climate change is leading to an increase in flooding outside of traditional flood zones, areas where fewer people have flood insurance. The Federal Emergency Management Agency (FEMA) updates its flood insurance maps every five years. Harris County, which includes Houston, started using new floodplain maps in January. The maps added about 8,000 parcels to the high-risk zone. A report by the engineering firm AECOM projects that with climate change and increasing coastal population, the total number of NFIP policies may double by the year 2100.

The NFIP provides insurance in some areas where it would not be provided by the market. Overall this can contribute to poor planning outcomes, including rebuilding in areas that have already been hit by catastrophes. These “repetitive loss” properties account for only 1 percent of all the properties insured, but make up 20-30 percent of all the claims. But of 30,000 repetitive-loss properties examined by the Natural Resources Defence Council, 75 percent had done nothing to mitigate future risks.

The NFIP does not charge premiums that accurately reflect the risk that a property faces. Private insurance companies see it as an obstacle to better planning outcomes, although its lower premiums increase access to insurance for many Americans who otherwise could not afford it. In theory, a properly functioning market for insurance could work to encourage better decisions about where and what to build. More accurate, risk-based pricing could send stronger signals regarding the destructive potential of climate change impacts. But, this might also mean private insurers pulling out of areas where the risk is extremely high.

Private insurers may also be facing problems. Warren Buffett has argued that private insurance companies will be able to simply raise premiums in response to any future losses associated with climate change and increased extreme weather. Many insurers are taking this approach, keeping premiums low for now. But some experts are concerned that a series of catastrophic events will lead to a sudden rise in premiums and an overall decrease in the number of insured families. In any subsequent crisis, the government would then be forced to pick up the bill.

Hurricane Harvey has shined a light on the urgent need to reform the National Flood Insurance Program. Unless action is taken to reduce risks and increase resilience in the immediate future, Americans will likely face significant additional losses.

Yet there are worrying signs that actions by the Trump administration may in fact be making things worse through an executive order issued shortly before Harvey, which rolled back flood-risk standards for federally funded infrastructure projects built in areas prone to flooding or subject to the effects of sea-level rise.