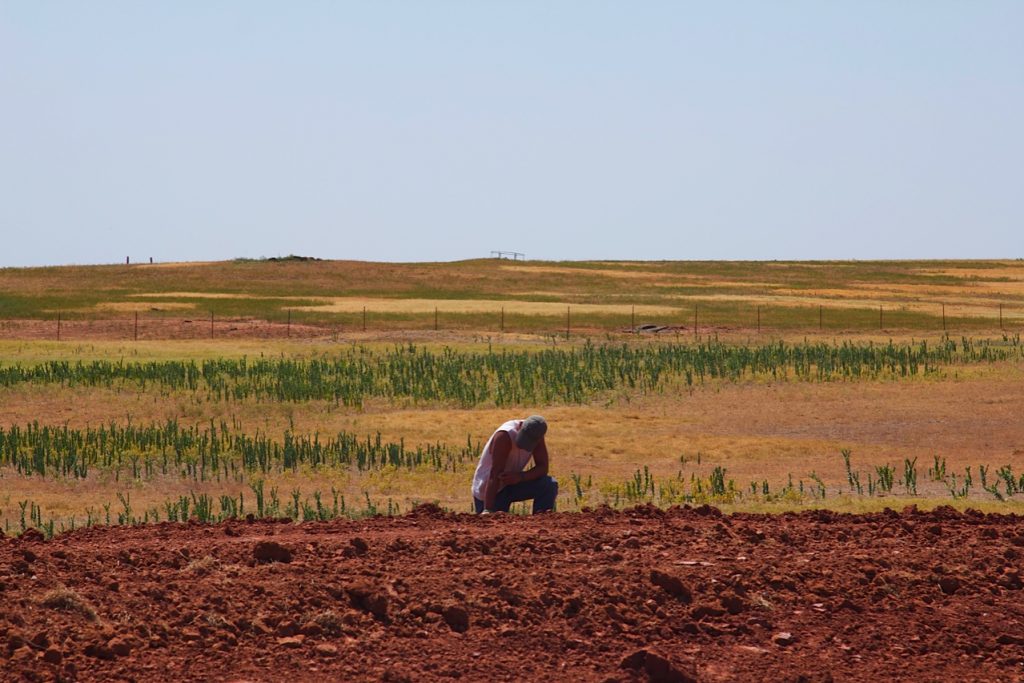 The new Munich Re report “Topics Geo 2014” concludes that persistent extreme weather conditions were the defining driver of extreme events in 2014. The report looks back to the start of the millenium when Arctic warming was first implicated in persistent patterns and highlights research by Dr. Dim Coumou of the Potsdam Institute for Climate Impact Research, who studies the links between accelerated warming in the Arctic and persistent extreme weather patterns in the mid-latitudes.

Coumou has since come out with a new study, published March 12, looking at persistent summer dry spells that expands the research presented in the Munich Re report. Coumou’s research and the Munich Re report are especially timely with the UN World Conference on Disaster Risk Reduction taking place from March 14 to 18.

The report cites Coumou’s July 2014 study that identifies a shift in weather patterns around the year 2000 when the air in the Arctic began warming at a much faster rate than in lower latitudes. Coumou’s theory, supported by other studies, is that Arctic warming due to climate change has reduced the average difference in temperature between the polar region and the equator, which has weakened jet stream winds and caused persistent mid-latitude weather conditions. Coumou’s 2014 study specifically looks at how these slow, meandering jet stream winds have caused an increase in persistent summer heat and extreme rainfall events. The following graph from the Munich Re report is adapted from Coumou’s study:

Number of summer months with persistent weather patterns is increasing

The bars and left axis show the number of summer months (including July and August) based on a four-year average with persistent weather patterns linked to a weakened jet stream. The blue line—which tracks the difference in surface warming between the Arctic and the rest of the Northern Hemisphere—shows how the Arctic has experienced much more rapid surface warming since 2000. This indicates that climate change, which is responsible for the intense warming of the Arctic, is also beginning to change weather conditions in the mid-latitudes.

Coumou’s new study expands on this research, suggesting that strong summertime winds associated with the jet stream are also weakening due to Arctic warming, causing a decrease in summer storms. These storms are important for bringing moist and cool air from the oceans to the continents that is needed to provide relief from heat and drought.

The Munich Re report, even as it found disaster-related losses were below the long-term average, highlights how many of the costliest events from 2014 were due to persistent extreme weather conditions linked to Arctic warming and a weakened jet stream: in North America, an exceptionally cold winter caused overall losses of $4 billion and insured losses of $2.3 billion; in Great Britain, flooding incurred an overall loss of US$1.5 billion, of which $1.1 was insured; and in Japan, a persistent and unprecedented series of snowstorms produced 2014’s costliest natural catastrophe for the insurance sector, with an overall loss of US$5.9 billion and insured losses of $3.1 billion.

The report also details the costs of the California drought, which several studies link to persistent patterns of unusual jet stream behavior, and other studies show is exacerbated by the state’s record-breaking warmth. According to the report, “Estimates of the economic toll on the state’s agricultural industry [which generates $42.6bn in revenue] are $1.5bn in direct losses, and $ 2.2bn total economic losses.”

More recently, the 2014-2015 winter has continued the pattern of persistent weather extremes. Arizona, California, Nevada, Utah and Washington set new records for winter warmth, while persistent cold conditions in the East led to Boston receiving 5.4 feet of snow in February, the snowiest month on record for the city.

The Munich Re report, Coumou’s research, and recent observations indicate that persistent extreme weather conditions may just be the new norm, along with their associated risks and costs.