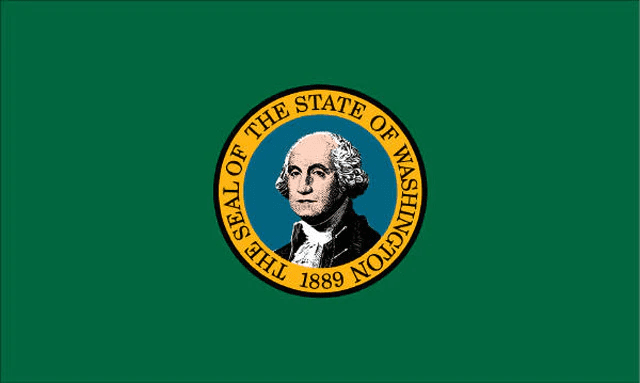 A new poll from Yale University, George Mason University and Climate Nexus finds 59 percent of Washington voters support a policy that would require cars and light trucks of model year 2030 or later be electric in order to be registered in Washington state.

By a margin of more than 12-to-1, voters believe ending the sale of new gas-powered vehicles in 2030 would have a positive rather than a negative effect on climate change (75% to 6%) and would benefit the health of people in the state (73% to 5%).

Last month, California Governor Gavin Newsom ordered that the state shift to 100% zero-emission vehicles by 2035. This survey represents the first published public opinion polling on policies that would phase out gasoline-powered vehicles, and demonstrates strong public support for a date five years earlier than that targeted by Gov Newsom.

“Requiring that new vehicles be clean, non-polluting electric by 2030 will result in sharp reductions of carbon emissions and air pollution, and put Washington state on the road to powering its vehicles with cheap, clean, renewable electricity produced in Washington,” said Matthew Metz, co-executive director of Coltura. “It achieves these goals with minimal government spending by creating large, guaranteed EV markets that will incentivize the private sector to invest heavily in electric vehicles and charging infrastructure.”

Washington State Representative Nicole Macri (D-Seattle), prime sponsor of the “Clean Cars 2030” bill requiring that all new passenger vehicles be electric by 2030, said, “Washingtonians want to accelerate the switch to clean vehicles as fast as possible, and my bill will help the state lead the nation in this direction.”

Last year, Coltura supported legislation sponsored by Rep. Macri providing that model-year 2030 and later vehicles must be electric to be registered in Washington. Model-year 2029 and earlier gasoline-powered cars can still be sold and registered in state.

“A large majority of Washingtonians are worried about climate change, and they understand the impact it is having on extreme weather, including recent wildfires,” said Dr. Anthony Leiserowitz, Director of the Yale Program on Climate Change Communication. “Washington voters support policies, like requiring all new cars to be electric by 2030, that will reduce climate change.”

By providing a 2030 sunset date to sales of new fossil fuel vehicles, it will allow utilities, automakers, governments, workplaces, landlords, businesses and drivers to prepare for a smooth off-ramp from our current dependence on fossil fuels.

“Washingtonians are increasingly concerned about air pollution, and they want their state government to do more to reduce it,” said Dr. Ed Maibach, Director of George Mason University’s Center for Climate Change Communication. “They see electric vehicles as part of the solution to ensuring Washingtonians across the state can breathe cleaner air.”

Climate Nexus Polling, in partnership with the Yale Program on Climate Change Communication and the George Mason University Center for Climate Change Communication, conducted a representative survey of 812 registered voters in Washington state September 15-29, 2020, with an oversample of 100 voters contacted by phone in state senate districts 3, 5, and 44 (total N=300 interviewed by phone) on September 24-28, 2020.  The total N-size for the mixed mode sample is N=1,112 registered voters. The margin of error for the representative online sample is approximately +/- 3.5%. The poll was sponsored by the state advocacy non-profit Coltura.

Coltura is a west-coast based nonprofit improving climate, health and equity by accelerating the switch from gasoline and diesel to cleaner alternatives. Since its founding in 2014, Coltura has focused on changing gasoline supply, gasoline demand, and gasoline culture through innovative legal and policy pathways, media, and art.