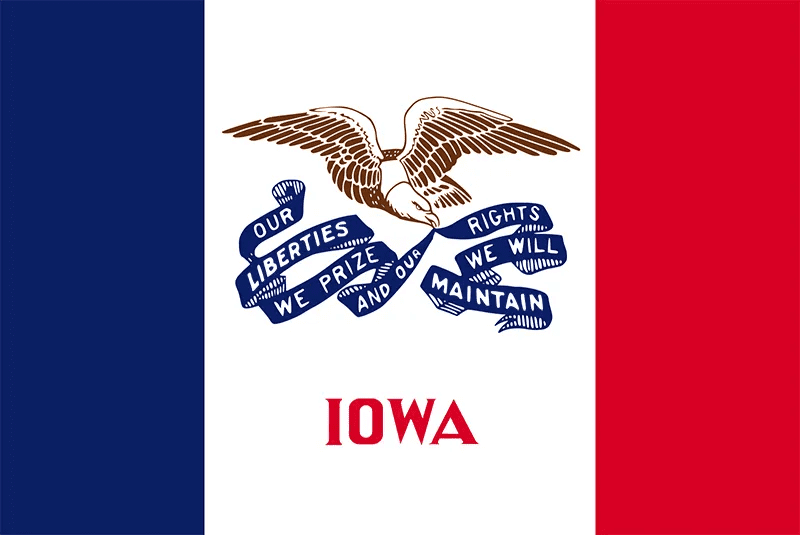 Poll: Iowans on Board With Climate Action as Impacts Hit Home

7 in 10 registered Iowa voters support government action to address climate change
77% of voters are more likely to support candidates who favor increasing funding for renewables
77% say extreme weather is a serious problem where they live.

A new poll out today finds Iowa voters have deep concerns about the impact of climate change and support policies to reduce fossil fuel emissions and expand renewable energy generation in their state. The poll is released as Democrats head to the Hawkeye State for the annual Iowa State Fair this week.

Iowans are worried about climate change, having experienced the impacts of extreme weather. More than two-thirds of registered voters (69%) say they are worried about climate change, and say it is having an effect on Iowa’s agriculture (74%), extreme weather in the state (71%), its economy (59%), and Iowans’ health (58%). And as a result of the historic floods that devastated parts of the Midwest this year, roughly a quarter of Iowans (27%) say they or someone in their family has experienced property damage or other economic hardships as a result of flooding or severe storm damage in the past 12 months.

Iowans are likewise concerned about the impacts climate change is having on health and safety. More than three-quarters (79%) say pollution of rivers, lakes, and streams is a serious problem in their area, and 77% say extreme weather such as heavy rainfall and flooding is a serious problem. Nearly two-thirds (66%) worry that floods could expose and damage oil and gas pipelines, causing pollution to rivers and other bodies of water.

Similarly large majorities of Iowans favor policies to address climate change and its impacts and encourage increased generation of renewable energy. Seven in 10 Iowa voters (70%) say they favor more government action to address climate change. More than three-quarters (76%) support a policy to require Iowa to generate 100% of its energy from renewable sources (RPS) by 2050. Eight in 10 voters (80%) support extending government funding for renewables, such as wind and solar, and more than three-quarters (77%) say new infrastructure projects should be built to withstand extreme weather,  even if it comes at a higher cost to taxpayers.

Iowans believe policies like switching to 100% renewable energy will benefit their state, with majorities saying it will have a positive impact on Iowa’s environment (79%), its cities and towns (73%), its economy (70%), and its rural and farming communities (61%). They also say it will lower electricity costs (64%), improve wages (52%), and bring down Iowa’s unemployment rate (50%).

“Climate change looms large in the minds of Iowans,” said Dr. ​Edward Maibach, Director of ​George Mason University’s Center for Climate Change Communication​, “and their level of support for powering their state with 100% clean, renewable energy is through the roof.”

These concerns translate to support for candidates backing specific policies. Strong majorities say they are more likely to get behind a candidate who supports extending government funding for renewables (77%), requiring the U.S. to generate 100% of its energy from renewable sources by 2050 (73%), setting stronger fuel efficiency standards (72%), and requiring fossil fuel companies to pay a tax on carbon pollution (66%).

To assess Iowans’ attitudes toward various climate policies, as well as their experiences with impacts of climate change, Climate Nexus, in partnership with the Yale University Program on Climate Change Communication and the George Mason University Center for Climate Change Communication, conducted a representative survey of 519 registered voters in Iowa from July 17-22, 2019. The margin of error for this survey is +/- 4.6% at the 95 percent confidence level.