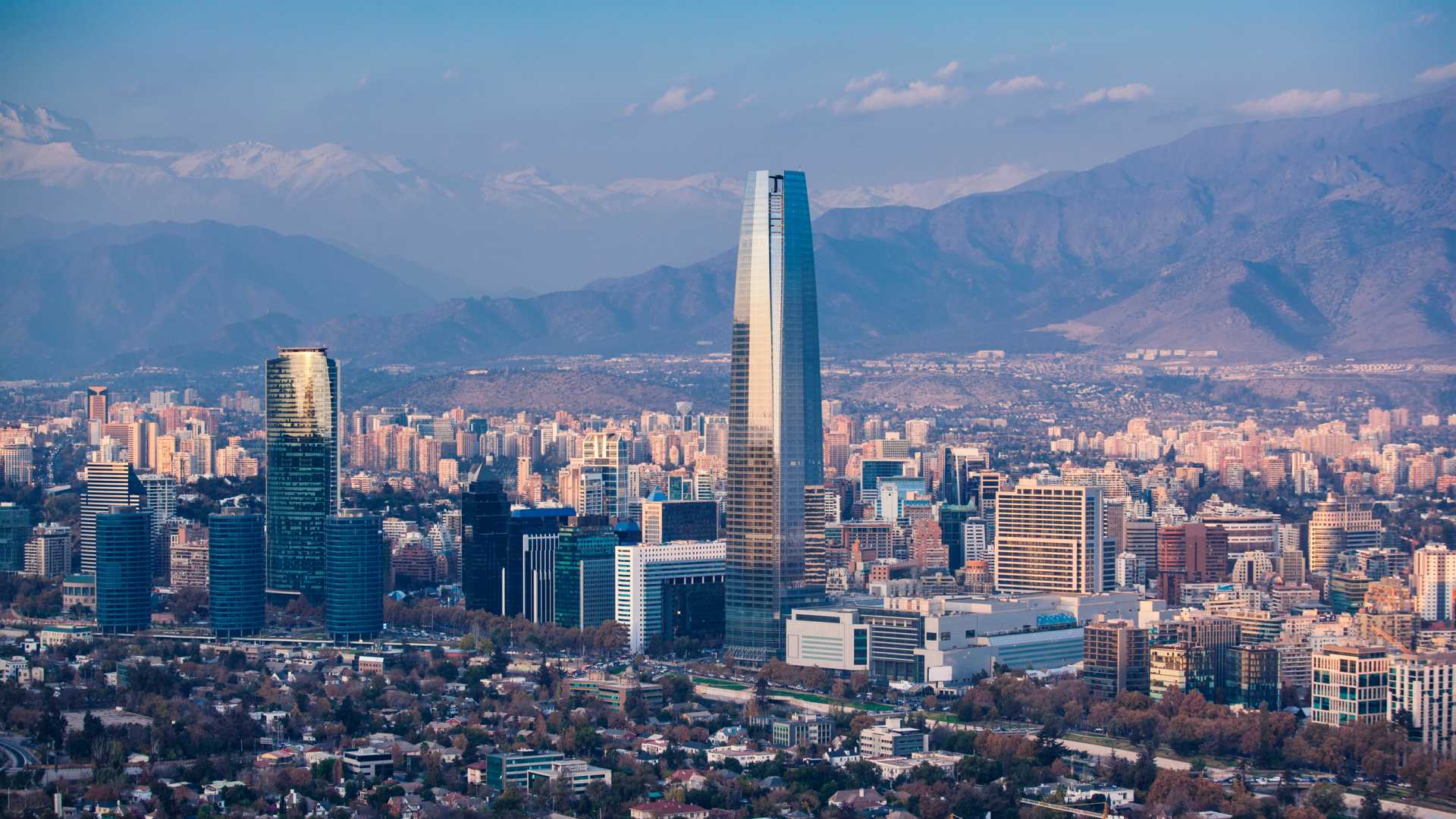 COP25 Will Take Place in Spain, but Chile Will Lead Negotiations

While the 2019 UN climate talks (COP25) are now taking place in Madrid, Chile retains the presidency of the negotiations. Chile’s constrained geography has left the country increasingly vulnerable to climate change impacts, creating both challenges and opportunities for its energy sector. Because the country remains very reliant on fossil fuel imports, increasing production of its own renewable energy has been a national priority. In the last few years, Chile has built a rapidly growing renewables sector that earned the country the top ranking in BloombergNEF’s 2018 Emerging Markets report of clean energy investment opportunities in developing nations. There is much progress yet to be made in Chile, from protecting vulnerable communities from climate change to grappling with the impacts of its current energy infrastructure, but the country has a unique story to tell at this year’s UN climate talks.

Spain agreed to host COP25 when Chile pulled out due to the civil unrest that erupted in October in Santiago and many other major cities throughout the country. While Chile continues to grapple with the protests and forge a new post-Pinochet constitution at home, it retains the Presidency of this COP and will co-host the meeting with Spain. This is not unusual: in 2017, Fiji hosted COP23 in Bonn, Germany, as it lacked capacity in its capital of Suva.

In addition to leading this year’s negotiations, Chile is expected to announce at COP25 that new global actors, including cities, regions, businesses, and investors are joining their “Climate Ambition Alliance” to accelerate climate action by the end of 2020. In April, Chile also announced that ocean issues would be a key theme of its COP presidency. Chile has been a global leader on ocean-climate action in the last few years, launching the Because the Ocean declaration in 2015 to encourage countries to incorporate ocean issues into their national climate pledges and making 40% of their Exclusive Economic Zone a marine protected area in 2018.

Chile is the skinniest country in the world, only 217 miles across at its widest point with the Pacific Ocean to the west and the Andes Mountains to the east. It runs 2,600 miles in length, making it is one of the most naturally diverse countries, with the arid Atacama Desert in the north to the glacial mountains and lakes of Patagonia in the south. Because it covers so many ecosystems, Chile faces a wide variety of climate impacts along its length:

Over half of Chile’s power comes from coal, oil, and gas. Due to its resource-constrained geography, Chile has very few domestic fossil fuel resources and imports almost all of its oil and natural gas and most of its coal, making it sensitive to high gasoline prices and shocks in the global oil market. Chile’s national oil company ENAP, which only procures a small amount of the country’s imported fuels, extracts 14,000 barrels of oil per day from Ecuador in one of the most biodiverse and intact parts of the Amazon rainforest, and extracts a smaller amount of oil and gas from Argentina.

The country’s historical reliance on fossil fuel imports has made increasing production of its own renewable energy a national priority. Chile relies heavily on hydropower (30% of electricity generation in 2018, down from more than 60% a quarter century ago) because of its rich natural watersheds in the south. However, Chile’s hydro resources are very susceptible to drought and other changes in water availability, and some past hydro projects have harmed local ecosystems and economies, including indigenous communities. New hydro projects are unlikely, and its share of Chile’s power has fallen by 27% over the last decade. Chile’s energy growth potential lies in renewables – the Atacama Desert has the highest solar radiation in the world, and the country also has significant growth opportunities for wind energy.

Luckily, Chile has achieved notable progress in developing its renewable energy industry.  In 2018, 91% of new capacity added to Chile’s electric grid came from solar and wind. Earlier this year, Chile’s share of non-hydro renewable power surpassed 20%, and is already setting record-low prices in auctions, especially for solar. This represents a massive change from a decade ago, when renewables made up less than three percent of Chile’s electricity, which was instead dominated by diesel, coal, and hydropower. Chile is also home to South America’s first geothermal plant (from high-altitude volcanoes) and is experimenting with wave energy from its coasts.

However, Chile’s renewable energy growth has been accompanied by growth in the country’s natural gas supply, which grew from 5% to 15% of the power mix over the last decade. Chile used to be very reliant on natural gas from Argentina, which in 2007 cut off 90 percent of its supply to Chile due to economic woes. That drove a surge in coal, which makes up around 40% of Chile’s power mix and is now slowly unwinding, but as some plants are quite new it will likely take a while to exit. Since 2007, Chile has started rebuilding its natural gas supply by importing from several other nations via two LNG terminals, and very recently, from Argentina once again.

As Chile continues to grow its renewable energy industry, it is also tackling a separate yet related problem: making sure that this new energy can get to the people that need it. Even though Chile has a population of only 18 million, nearly a third live in Santiago, located in Chile’s central region. Most of Chile’s solar energy projects to date are much farther north in the Atacama Desert, and while this has proven useful in starting to decarbonize some of its energy-intensive northern copper mines, it is quite a challenge to transport that energy down to Santiago in a timely manner, and some of the power has not been used.  However, with more renewable energy being produced in the far north, Chile’s Ministry of Energy is studying future options for becoming an energy exporter to Peru.

Two years ago, Chile took a major step to help make the transportation of energy between the north and central regions much easier. Chile originally had four electrical grids – one for the north, one for the central region, and two in the far south. In November 2017, Chile successfully linked their northern and central grids to create the National Electric System (SEN) which now serves 97% of its population. The link has limited capacity, but is already changing electricity prices and the role of the far North. In addition, solar resources are also quite good near Santiago, and projects like Santiago Solar showcase a more renewable future for the capital city.

While Chile has a lot of progress to make on a low-carbon transition, the future is looking a little brighter due to its growing success in renewables and a string of recent commitments by the national government. Since 1990, Chile’s emissions have increased by 115%, and its current national pledge under the Paris Agreement is easily achievable and highly inadequate in a warming world. And despite its increasing climate action, Chile has not signed the Escazu Agreement, a landmark deal between most Latin American and Carribean countries to protect environmental defenders, increase public participation in environmental decisions, and protect indigenous, poor, and other vulnerable communities that could be impacted by local environmental projects (which Chile has experience in).

The good news is that Chile’s recent surge in solar is setting the country on track to beat its own renewable energy targets. In 2013, Chile passed a law requiring that 20% of its energy come from renewables by 2025; and by some accounts, the nation has already beat this by six years. In April 2019, President Piñera set a new target of 70% renewables by 2030, which would beat Chile’s original Paris pledge by 20 years.

In June, Piñera unveiled a new plan for carbon neutrality of all economic sectors by 2050 and full phase-out of its domestic coal production by 2040. However, many local groups feel this coal phaseout timeline is not ambitious enough, as Chile is home to 28 coal plants, many of them clustered in five “sacrifice zones” in which often isolated communities are disproportionately burdened by environmental and health impacts of coal pollution. A slow coal phaseout is at odds with Chile’s carbon neutrality goal, which if achieved would be in line with a 1.5°C world. In October 2019, Chile released a new draft Paris pledge, one of the first countries to do so, that would set a goal of peaking emissions by 2027.

In addition, Chile is now focused on low-carbon transportation, in part to tackle significant air pollution problems. Chile has a national goal of making all public transport in the country electric by 2040, and achieving 40% electrification in private vehicles by 2050. Santiago’s metro system is 60% powered by renewable energy and the city has now deployed nearly 300 electric buses, the largest fleet outside of China, and just opened the first electric bus corridor in Latin America. However, there is massive room for improvement; as of 2017, Chile had the highest vehicle density in Latin America, with only 0.01% being electric. Chile’s northern mining region makes it the most lithium-rich country in the world, and Chilean lithium exports are already contributing to global battery manufacturing for electric vehicles and solar panels.