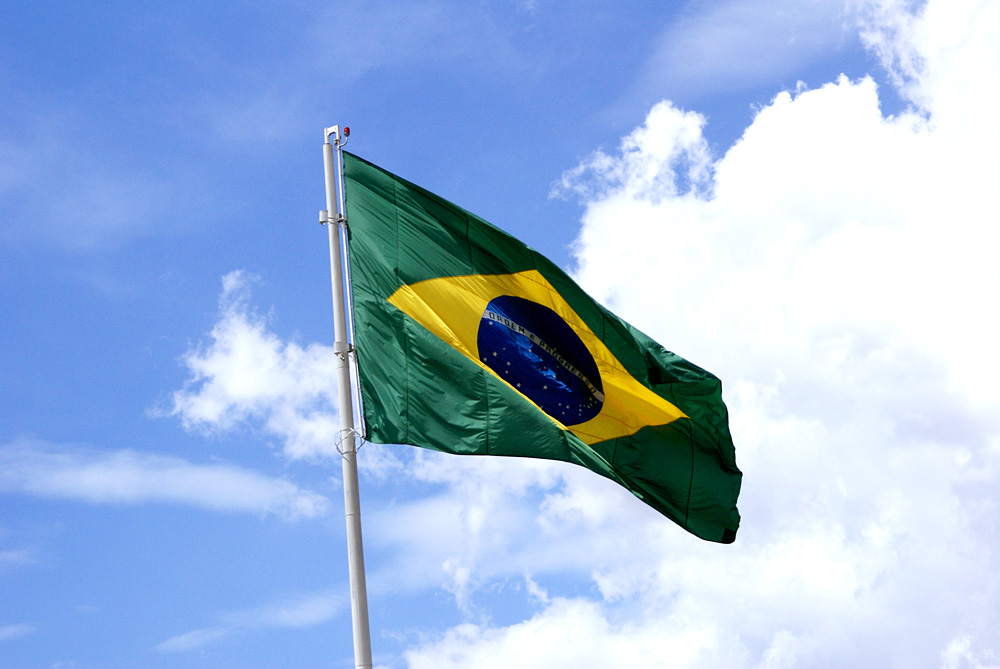 As one of the world’s most populous major emerging economies, Brazil has been the fifth largest source of greenhouse gas (GHG) emissions to date with per capita emissions roughly equal to the world average but shared highly unequally across its population.

Brazil’s cumulative emissions have been so high because of a surge in deforestation during the 1990’s. However, between 2005 and 2010, Brazil dramatically cracked down on its rate of deforestation, slowing it by 75 percent. As a result, Brazil succeeded in cutting its total GHG emissions by 39 percent during that same interval, achieving the fastest rate of emissions decline of any country in the world. Since 2013, however, the rate of deforestation has begun to increase again and has nearly tripled since 2013, according to the most recent satellite data from the independent Brazilian monitoring group Imazon. Last year, 1,228 square miles of forest were cut down, according to the group, an area larger than Rhode Island.

Under President Dilma Rousseff, the rate of deforestation accelerated twice in three years, but signs of a rightward turn by Brazil’s new government under Dilma’s vice president – now acting President Temer – have alarmed conservationists and climate-change activists, who fear a further rollback of environmental laws that would spark an even sharper uptick in deforestation rates in the Amazon basin.

While Rouseff’s record on environmental conservation is far from perfect, her administration did set ambitious targets for Brazil’s forestry and land sector, including a goal to ​end illegal deforestation by 2030 and a target to restore 12 million hectares of forest and restore 5 million hectares of degraded pasture land by the same year. These goals were enshrined in Brazil’s INDC to the Paris process along with commitments to:

Additionally, Rouseff announced that Brazil will aim to scale up renewables to be 45% of total energy sources by 2030. In the power sector, Brazil set a target to scale up renewables to comprise 89% of energy sources by 2030 and derive 66% of its power from hydro energy (down from the current 68% of its power that it gets from hydro). Brazil will also scale up solar, wind and biomass (non-hydro renewables) to comprise 23% of its generative capacity by 2030; the country has also committed to improving its energy efficiency by 10% by 2030.

Under Dilma, Brazil also played a crucial role in the UN negotiations that ultimately secured the Paris Agreement on climate change. Brazil co-chaired with Singapore a working group on differentiation that was instrumental in brokering an agreeable way forward between developed and developing countries. Furthermore, Brazil was a critical member of the High Ambition Coalition (HAC) of countries that helped steer the Paris Agreement away from a lowest common denominator solution. By joining the coalition at a strategic moment in the talks, Brazil brought clout and legitimacy to the HAC and established it as an influential body in the negotiations pulling across developed, small island, and large developing nations.

In mid-June 2016, Brazil greatly accelerated the process to ratify the Paris Agreement when the country’s House of Representatives decided that the ratification bill did not need to pass through and be approved at committee level. Instead the Parliament’s lower house agreed to a legislative decree to ratify the Paris Agreement. The bill now advances to the Senate where it is expected to be approved during the coming weeks or months. After the bill passes the Senate, it will require the Acting President Temer’s approval in order for it to become enshrined in domestic law.

Despite the mixed executive and parliamentary process required for Brazil to join the Paris Agreement it is increasingly likely that Brazil will be able to meet these steps and ratify the Agreement before the end of the 2016 calendar year.  By ratifying the agreement in 2016, Brazil will move the world 2.6% closer to the emissions threshold needed for the Paris Agreement to enter into force.

While Brazil is on track to join the Paris Agreement in a timely manner it is less on track to reining in its own greenhouse gas emissions and there are signs that despite the country’s ambitious climate targets its carbon footprint is likely to get worse not better.

Brazil’s economy, which was already in dire crisis during Paris, has since sunk into its worst economic slump since the 1930s. Aggravating and aggravated by Brazil’s economic collapse and strained national budget is a corruption scandal involving kickbacks from Petrobras contracts to a range of politicians and private sector stakeholders. Nearly 50% of Brazil’s sitting parliament is implicated in a corruption investigation of some sort, with several implicated in the Petrobras probe itself. Dilma Rousseff had been the board chair of Petrobras under her predecessor Lula’s presidency while the corrupt contracts were being awarded. [AF1] Although Dilma herself has not been directly implicated in the corrupt transactions she either knew they were taking place and did nothing to stop them or she was oblivious that they were taking place under her nose, neither case is a strong testament to the integrity of her leadership and her popularity has plummeted as a result. There is also growing evidence that Dilma was ousted in an brazen seizure of power by her political opposition and with the explicit intent of impeding the investigation into the Petrobras scandal in which several sitting (and recently promoted) political office holders are implicated and which Dilma was allowing to proceed without interference. On May 12th Brazil’s Senate voted to begin impeachment proceedings against Rousseff triggering her suspension and the ascension to acting President of her Vice President from the more conservative competing PMDB party, Michel Temer.

Even under Dilma’s presidency the government was hungrily eyeing exploitation of the deep off shore oil field, known as the Pre-Salt reserves, as Brazil’s best income source. Dilma even publicly articulated a vision of reinvesting the revenue derived from oil export in education and other social welfare programs.  The Pre-Salt fields are so big that, if exploited, Brazil could become one of the largest oil producing nations globally.  However, the plunge in the global oil price has scuttled that plan and Temer is turning the country’s search for development resources and revenues in a familiar direction, towards the Amazon Rainforest. Temer lost no time in appointing a new conservative-leaning cabinet whose members include figures with close ties to powerful landowners and agribusiness companies including the New Agriculture Minister, Maggi, who is the former governor of the state of Mato Grosso (afflicted by the largest increase in deforestation in recent years) and the largest soy baron in the country. The negative forcing between deforestation, soy and cattle production will become clear in the next section.

Brazilian lawmakers in the new government are considering a major overhaul of environmental laws. This includes a controversial constitutional amendment known as PEC 65 that would reduce licensing requirements for development projects and limit judicial oversight of their impact. Many of these politicians answer to powerful, wealthy constituencies who fully support weak forest protection policies and make up the growing strength of the mining and agricultural lobbies in the country.

Over the last four decades, Brazil has gone from being an importer to the second largest exporter of agricultural commodities in the world. During this period, the country has tripled its land productivity, becoming an agribusiness giant and the biggest exporter of soy in the world. Soy and the cattle ranching that much of the soy is transformed into feed to support are principal drivers of deforestation in Brazil. 70% of the deforestation in the Amazon is due to animal agriculture – raising cattle, and soy to feed the cattle and 60% of deforested land becomes pasture.

Because of loose land laws cattle have been used to justify land claims, incentivizing inefficient land use and ranching practices used to grab large pieces of territory. Therefore logging, land grabbing, deforestation and cattle go hand-in-hand in the destruction of the Amazon. Once the land is cleared people can move cows onto it and claim ownership. Land ownership has always been an important store of wealth in Brazil but the draw of landholding tends to grow when other economic sectors of the country are faltering.

The carbon footprint created by meat production is huge accounting for an estimated 50% of all greenhouse gas emissions in Brazil, equivalent to over 1% of global greenhouse gas emissions. Moreover beef exports have increased about 25% annually and are now poised to rise even higher due to a recent lift of the US’ embargo on Brazilian beef imports.

However, a combination of changing precipitation patterns driven by loss of forest coverage and changes in the climate mixed with poor resource management are producing the most severe drought Brazil has seen in eighty years. The drought poses a major risk to Brazil’s lucrative agricultural sector and has affected a large swath of the country.  If the drought continues it could greatly hamper the growth and damage the productivity of Brazil’s agro and ranching business.

Since Brazil’s latest mega hydro project, the Belo Monte dam, was completed the country can now source 75% of its total generative electrical capacity from hydropower. However, Brazil’s hydropower is currently being hit hard by a drought that many studies have attributed in part to climate change although the greater contributor has been poor resource management and exploding city populations creating rises in demand that are outpacing rises in supply.  As of 2015, seventeen of Brazil’s eighteen largest reservoirs were depleted and water rationing was in effect in 93 cities.  Brazil has experienced increasingly frequent rolling blackouts and has had to turn to importing electricity from neighboring Argentina to meet its shortfall.

The devastating outbreak of the vector borne disease known as Zika transmitted by the Aedes Aegypti mosquito has further strained Brazil’s coping capacity.

The virus, which can be transmitted from mother to fetus during pregnancy, has been linked to an increase in miscarriages, and deaths in newborns, and birth defects, especially a condition known as microcephaly, in which the brain does not fully develop and babies are born with abnormally small heads. The disease has afflicted a reported 138,108 people across Brazil as of late June of which 48,821 are confirmed cases and just over 1500 of which are incidents of microcephaly.

Brazil’s current infrastructure, especially its electricity infrastructure, is insufficient to meet demand, threatening to overload existing grids and cause critical failures, like the nearly nationwide blackout that occurred in 2009.  Brazil’s populace is increasingly aware of the climate impacts already taking place in Brazil and the unreliability of both fossil fuels and hydroelectricity to provide the energy the country needs and are increasing pressure on the country’s leadership to find new solutions.

These pressures will push Brazil to start adding new energy sources into its mix.  Brazil set a target under Dilma to scale up solar, wind and biomass (non-hydro renewables) to comprise 20% of its electrical generative capacity by 2030. Furthermore, the country has also committed to improving its energy efficiency ten percent by 2030. Despite these positive moves, however, Brazil will remain far too reliant on hydropower. Brazil’s target to scale up renewables to comprise 89% of energy sources by 2030 actually masks a target to derive 55% of its power from hydro energy (down from the current 75% of its power that it gets from hydro) and the remainder to be derived from non-hydro sources. Considering the problems with big hydro the intention to decrease Brazil’s reliance on hydroelectricity is a welcome move but far from ambitious enough.

If Brazil continues to dismantle and reverse its environmental protections the impacts will not only damage Brazil but will and are already having detrimental consequences far beyond the country’s borders. As global attention turns towards Brazil during the summer of 2016 as the South American giant gets set to host the Summer Olympics it is worth understanding the causes and effects of the political and economic turmoil gripping the country and its connections to patterns of environmental destruction (namely the rampant expansion of large-scale soy and beef production propelling accelerated rates of deforestation) that have outsized impacts globally.