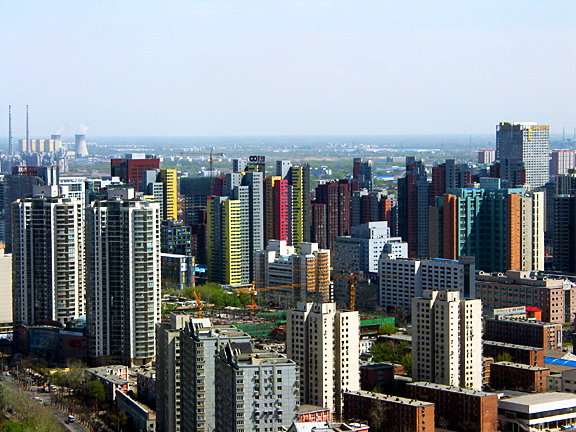 Today Climate Nexus hosted an in-depth phone press conference with experts on the implications of the newly announced climate deal between China and the United States. Each country has set ambitious goals for their future reductions in harmful greenhouse gas pollution. China has agreed to peak their CO2 emissions by 2030 or before, and will continue increasing the share of renewables in their domestic energy mix with an aim of reaching 20 percent by 2030. In turn, the U.S. has stepped up its target with a promise to cut emissions by at least 26% below 2005 levels over the next 11 years.

You can listen to the whole call here, and we’ve included notable quotes below, followed by a fact-sheet on common misconceptions about the deal:

“Clearly, China is embarking on a massive investment in renewable energy. They have effectively broken every record on wind and solar development that had been set in the past several decades in the deployment of those technologies.”
– Jake Schmidt, Director, International Program at the Natural Resources Defense Council (NRDC)

“So with this agreement we are seeing the two biggest emitters coming forward with strong commitments that are a clear wake up call to other countries as they move forward with their proposed targets for early next year and as we move forward to the next round of climate negotiations in Paris.”
– Jake Schmidt, Director, International Program at the Natural Resources Defense Council (NRDC)

“It [the U.S./China climate deal] sends a powerful signal to those who have been sitting on the sidelines, like Australia and Canada and some developing nations that were waiting for climate targets.”
– Jake Schmidt, Director, International Program at the Natural Resources Defense Council (NRDC)

“Emissions have to fall globally by approximately 80% but you can’t do that overnight and you fundamentally need to start as soon as possible…The longer you wait the more expensive it gets.”
– Gary W. Yohe, Huffington Foundation Professor of Economics and Environmental Studies, Wesleyan University

“This arrangement is a good deal for Americans and it serves our national interest because we can’t tackle climate insecurity alone. And if the two countries begin to come together on a plan to move toward low carbon economy it is both in our economic interest and in our global security interest”
– Sherri Goodman, former Deputy Undersecretary of Defense

“This has a prospect for helping to secure a better future, increasing cooperation among china and the US as well as other major powers who will also be addressing their energy futures as well as their green house gas emissions and this is in fact what Congress called for a number of years ago when it asked that the US engage China to be part of any such deal addressing a reduction of emissions.”
– Sherri Goodman, former Deputy Undersecretary of Defense