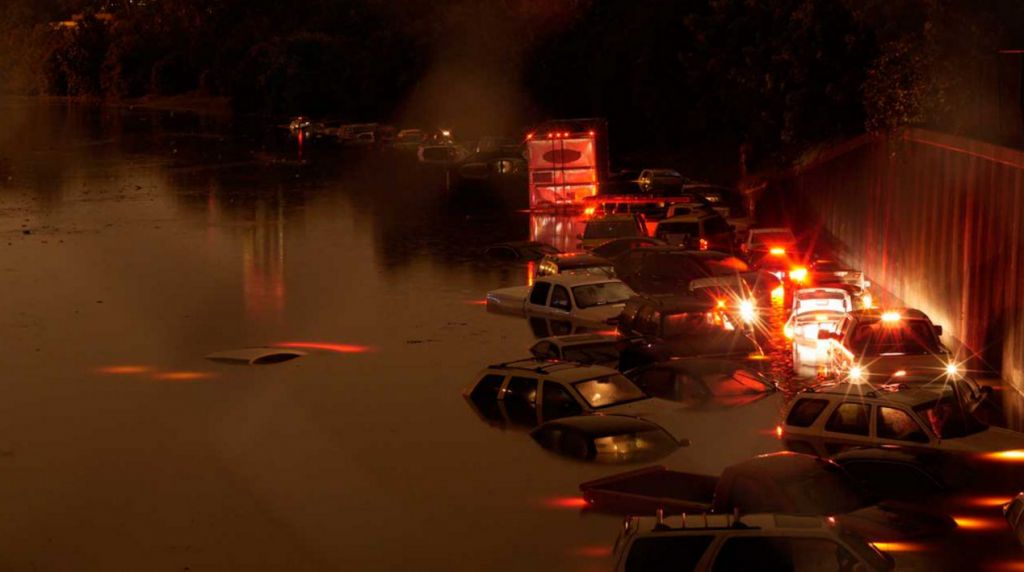 Heavy rains and flooding in Houston have taken six lives and put much of the city under water.  Dozens of schools, roads and freeways were closed after rainfall dumped more than a foot of water. More storms are predicted across the region, posing the threat of renewed flooding.

The record-breaking rainfall driving Houston’s deadly floods parallels the trend toward more extreme rainfall in our warming world. Houston has seen a 167 percent increase in heavy downpours since the 1950s. The nearly 10 inches of rain recorded at Houston’s airport during this flood was the highest one-day April rainfall since airport record-keeping began, and was also the second highest one-day record in any month.

One of the clearest changes in weather globally and across the United States is the increasing frequency of heavy rain. A warmer atmosphere holds more water vapor. And like a bigger bucket, a warmer atmosphere dumps more water when it rains. The storm in Houston was supercharged by running through an atmosphere made wetter by global warming.

Over the past century the US has witnessed a 20 percent increase in the amount of precipitation falling in the heaviest downpours. And the increase in extreme precipitation has dramatically increased the risk of flooding.

The increasing number of record-breaking heat waves and intense rainfalls is a hallmark of climate change. Records tend to be broken when natural variability runs in the same direction as climate change, towards extreme rainfall in the case of the Houston flood. The extreme rains in Houston carry that hallmark, smashing the city’s one-day rainfall records.

Finally, there is mounting evidence that blocking weather patterns such as witnessed in the Houston event may be happening more often due to climate change, boosting the likelihood of heavy rainfall events in which storms stall over one area.

Climate context: by the numbers

Historic storm: by the numbers