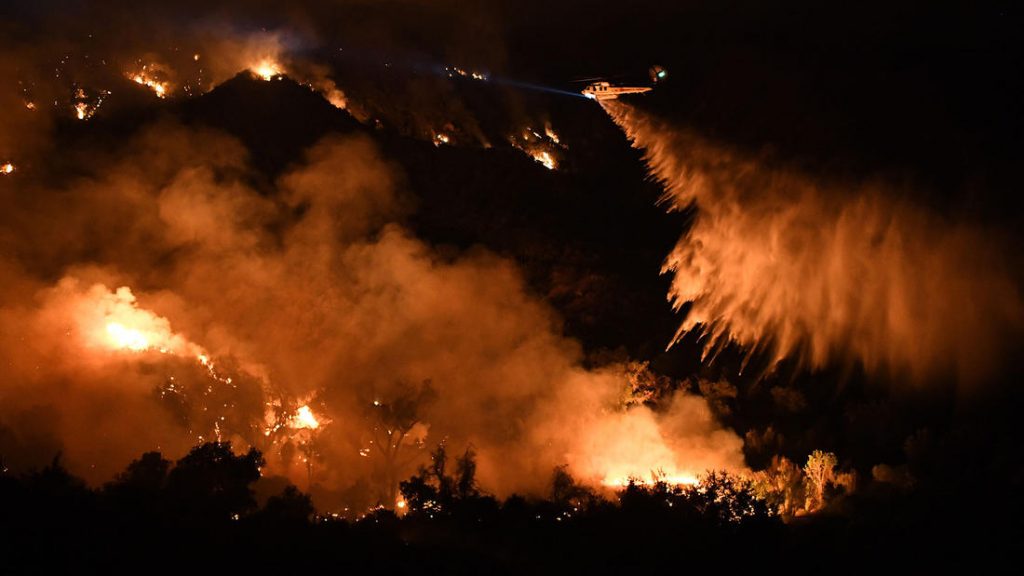 Fueled by deep drought, blistering heat, tree death, and wind, wildfires are raging across the American Southwest, destroying hundreds of homes, torching tens of thousands of acres, and forcing mandatory evacuations of communities in California, Arizona and New Mexico. Some blazes have even been visible from space. 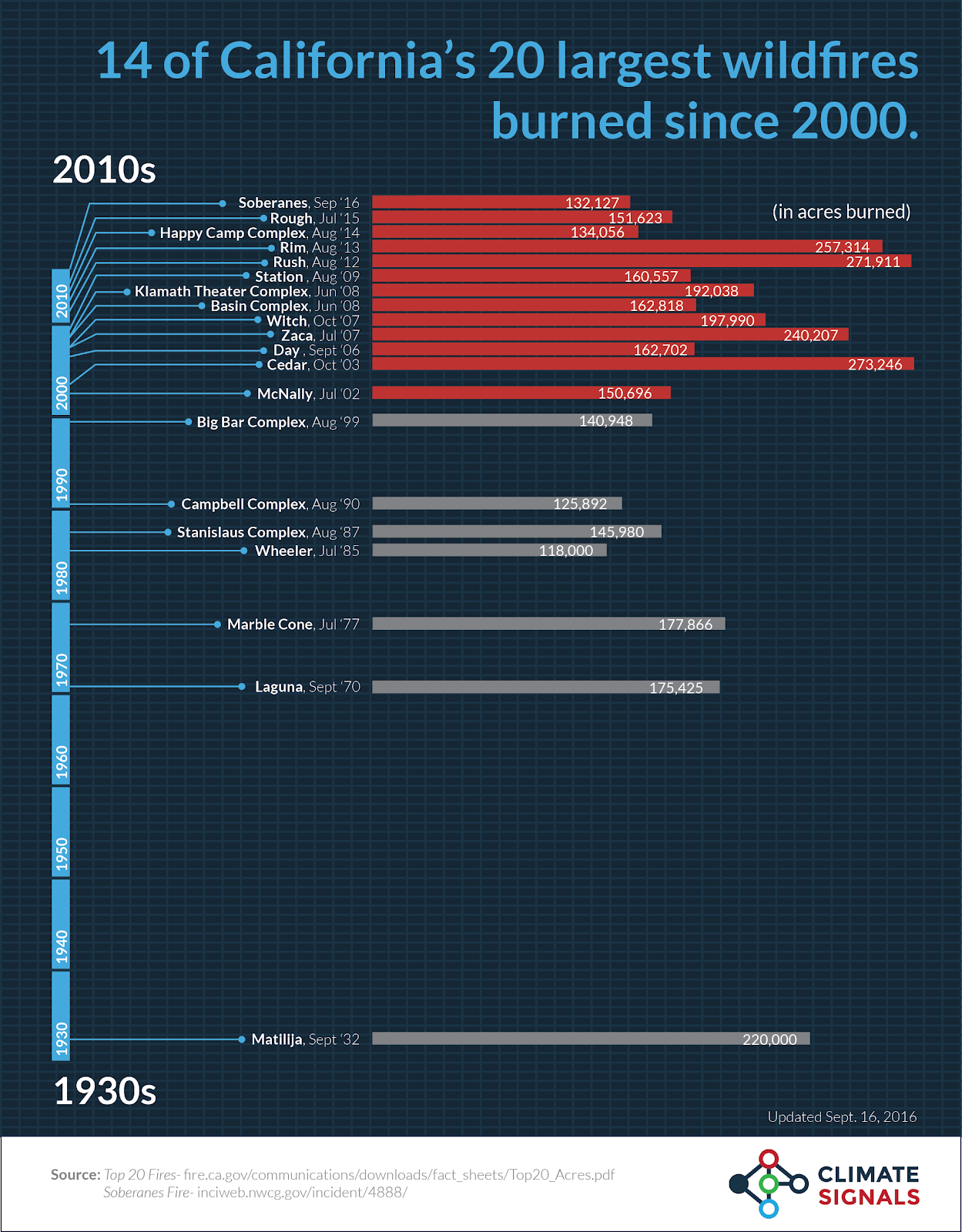 According to the US National Academy of Sciences, over the past 30 years, there has been a fourfold increase in the number of large and long-duration forest fires in the American West. The length of the fire season has expanded by 2.5 months, and the size of wildfires has increased several times over. More than half the US Western states have experienced their largest wildfire on record since 2000.

Listen to the briefing here:

This tree is a schematic of the climate change links to the 2016 wildfire season. See the full interactive version on Climate Signals. 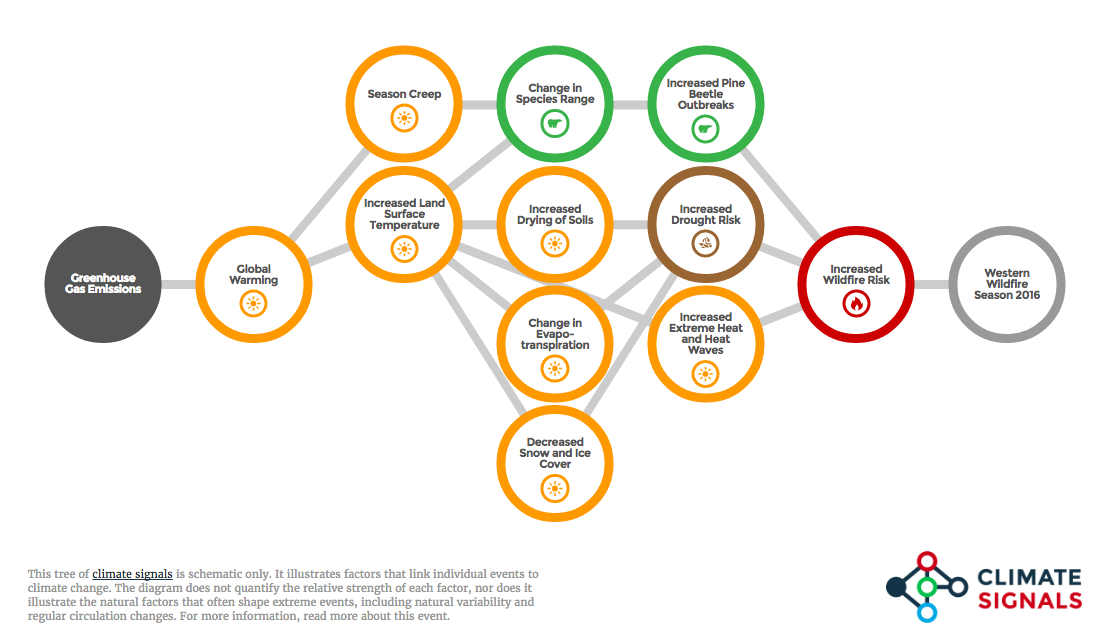