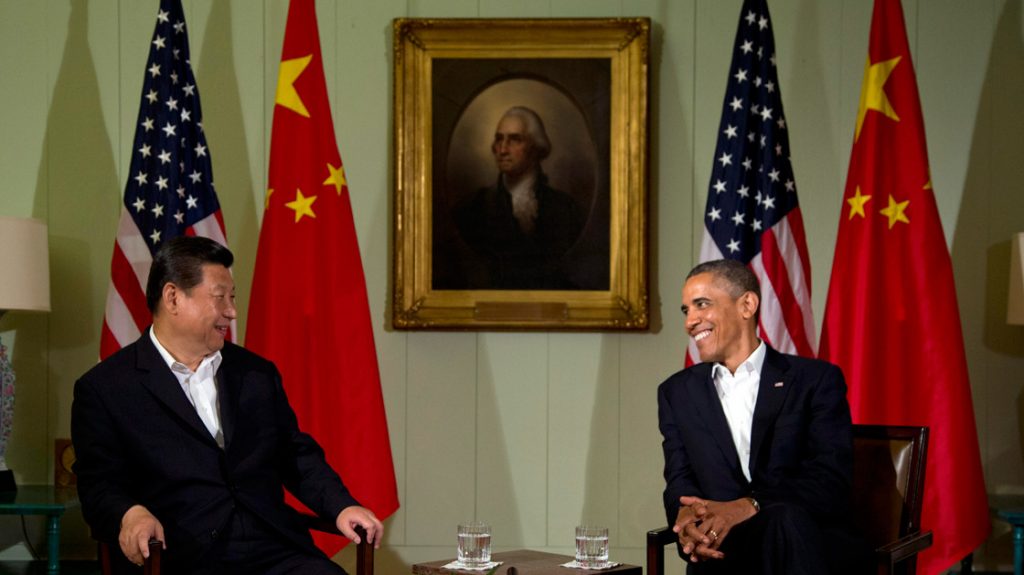 The U.S. and China Finally Join the Paris Agreement

The United States and China formally joined the Paris Agreement on climate change today, committing the world’s two biggest emitters to keep warming below 2˚C, with best efforts to limit warming to 1.5˚C. President Obama and President Xi Jinping delivered the news in a joint announcement in Beijing, continuing a string of cooperation on climate change and energy between the two superpowers over the last two years. 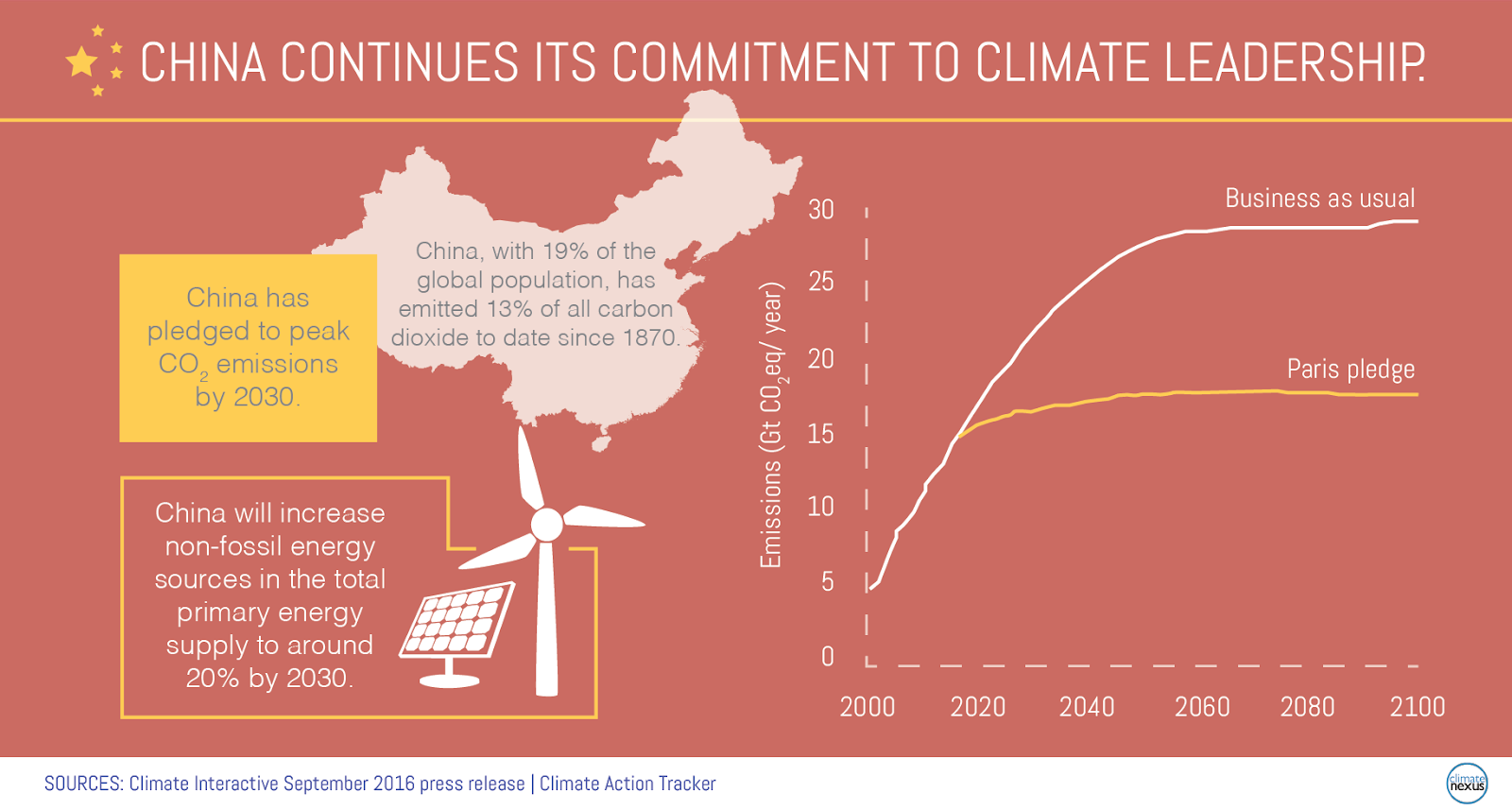 Together the U.S. and China account for 38.76 percent of the world’s emissions, bringing the Paris Agreement substantially closer to covering the required 55 percent of emissions before the Agreement can enter into force. 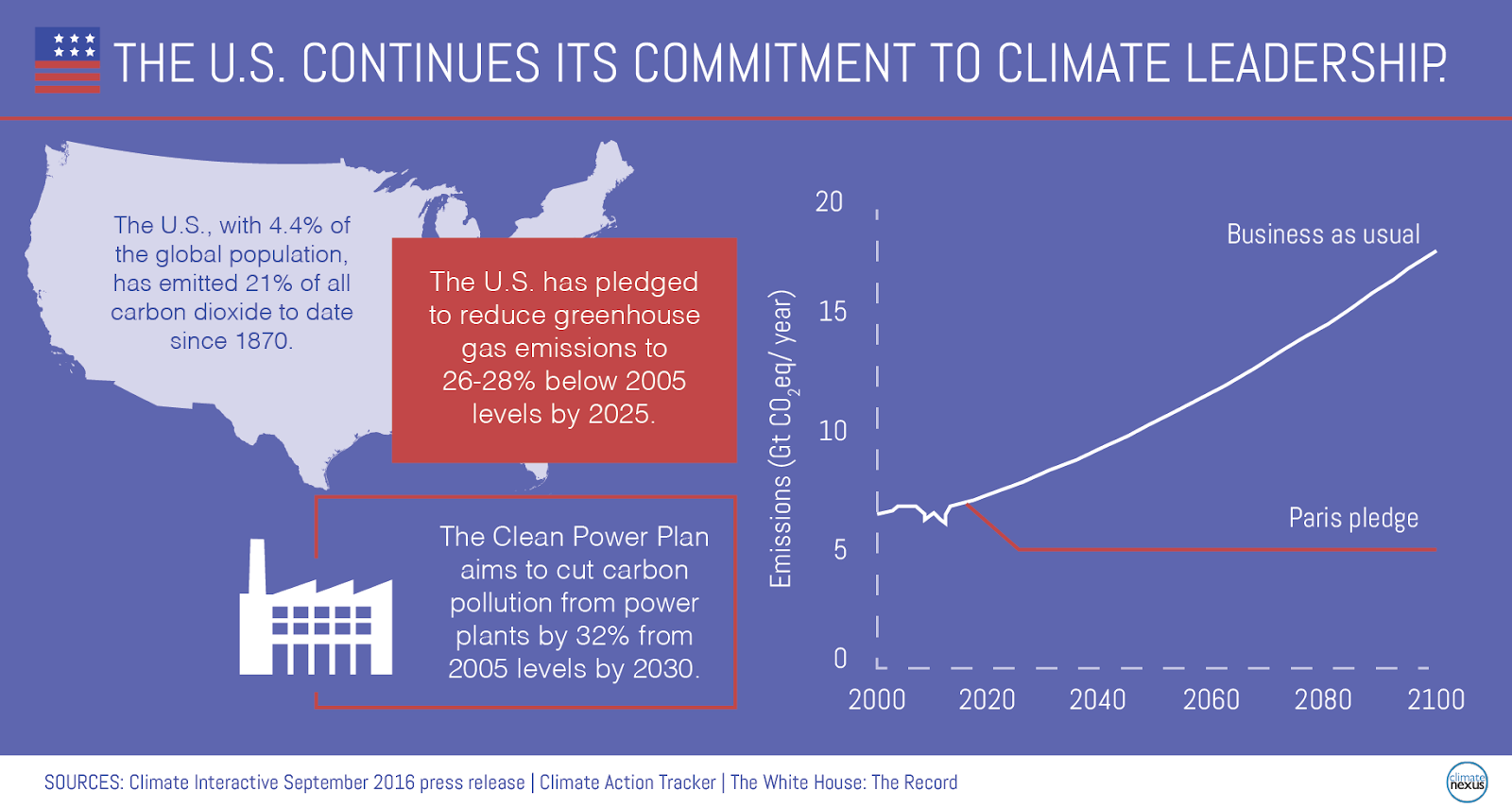 A spate of countries are expected to join following the Chinese and American announcement, bringing the total number of countries that have ratified closer to the required 55 before the agreement can go into effect. 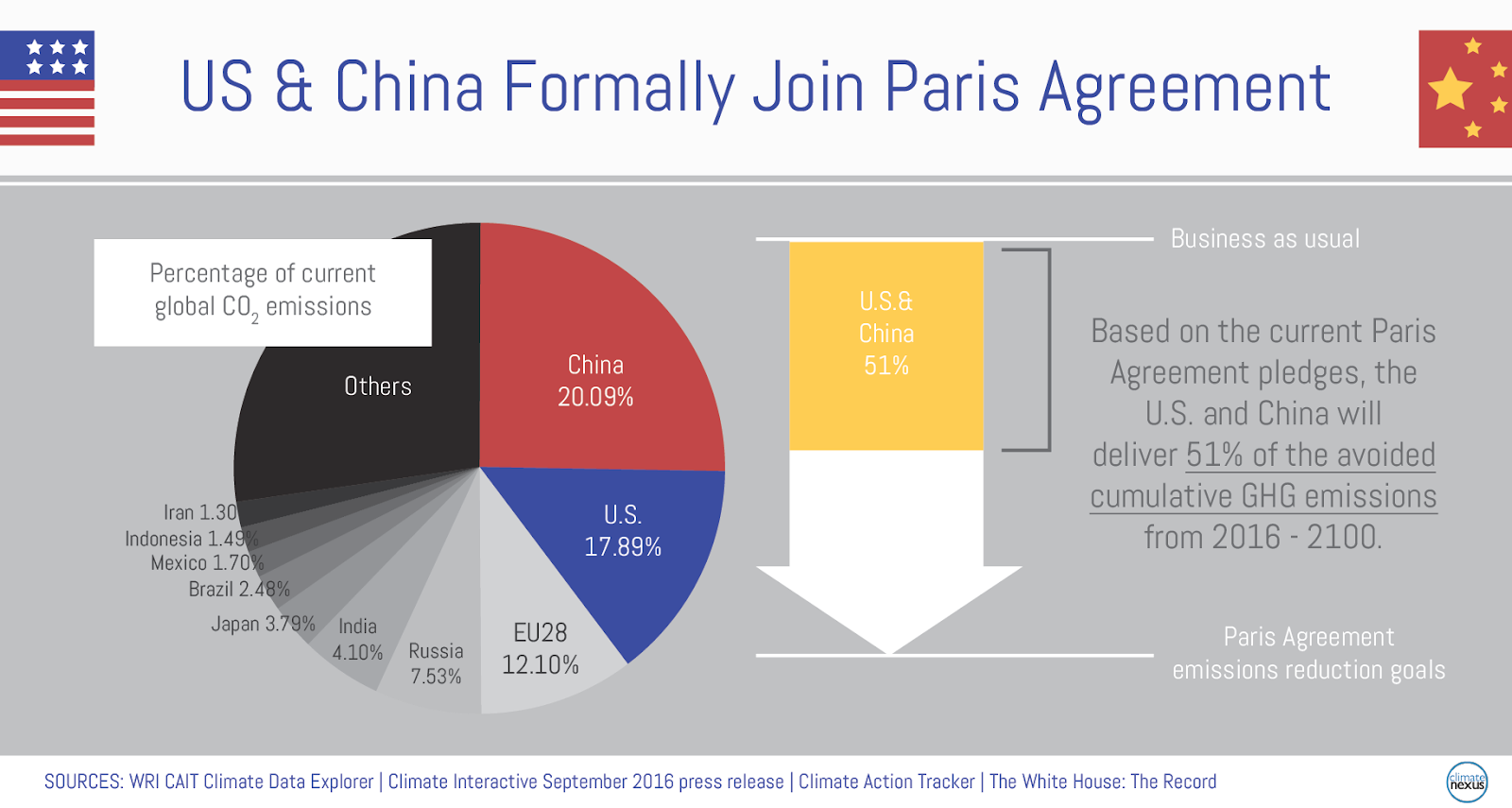 UN Secretary General Ban Ki-Moon has repeatedly said that he intends for the Paris Agreement to meet both thresholds by the end of 2016, a goal shared by President Obama and many other heads of state.

What is the Paris Agreement?

According to the The UNFCCC secretariat (UN Climate Change), The Paris Agreement builds upon the Convention and for the first time brings all nations into a common cause to undertake ambitious efforts to combat climate change and adapt to its effects, with enhanced support to assist developing countries to do so. As such, it charts a new course in the global climate effort.

The Paris Agreement central aim is to strengthen the global response to the threat of climate change by keeping a global temperature rise this century well below 2 degrees Celsius above pre-industrial levels and to pursue efforts to limit the temperature increase even further to 1.5 degrees Celsius. Learn more at unfccc.int.