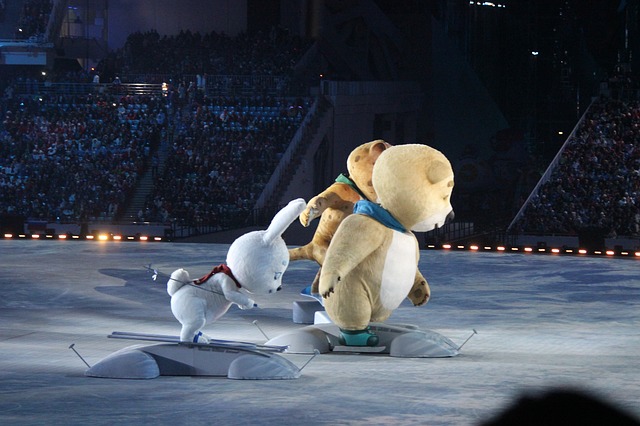 The temperature in Sochi, Russia – host of the XXII Winter Olympic Games – reached 61°F on Monday, making it feel more like the Summer Games. This warm weather is above normal for Sochi, whose average February temperature is around 50°F. The poor snow conditions have been causing delays, injuries, and athlete complaints on many Olympic events like the men’s snowboard halfpipe competition, the women’s ski jump and men’s downhill.

This is the latest instance in a growing trend of warmer weather for the Winter Olympics since at least the 1998 Games in Nagano, Japan. The trend is due partly to Olympic organizers selecting warmer cities for the Winter Games in recent years, but is also impacted by climate change.  Among all the cities that have hosted the Winter Games since their inception in 1924, Sochi’s alpine area lies well in the average ranges for latitude (43°N) and altitude (7,000 feet above sea level). This suggests that the threat of warmer conditions will continue to impact the Winter Games.

In fact, a recent study showed that by mid-century, almost half of the past host cities would likely be too warm for outdoor Alpine sports. By the end of the century, only six of the nineteen previous Winter Olympics cities would be cold enough.

These findings are consistent with evidence that the effects of climate change have increased average surface temperatures around the world and shortened winter seasons. New England, for example, now has over 22 fewer days of ice cover on its lakes than it did 50 years ago.

This winter has also been abnormally warm for Russia overall, with farmers planting grain well past the normal growing season. This weather pattern is related to the weakening of the jetstream that has brought cold air further south in much of the U.S. and Canada, while temperatures in most of Europe have stayed above average. Research is beginning to connect human-driven warming of the Arctic to these jet stream deviations.

Warming conditions in turn are impacting the costs of winter sports. Russia spent $50 billion on the Sochi Games, making them the most expensive Olympics ever, with an unreported portion of that cost going toward making and preserving hundreds of thousands of cubic yards of artificial snow. In the U.S., ski resorts are commonly spending 50% or more of their annual energy budget on snowmaking.

To combat this problem, there is now a rapidly growing movement among professional winter sports athletes and ski industry professionals to speak out about the risks of global warming. U.S. Cross Country Skiing Olympian Andrew Newell has started the Athletes for Action campaign to elevate climate change solutions, and has collected the signatures of over 100 prominent winter sports athletes. The National Ski Areas Association has created the Climate Challenge as a program dedicated to helping ski areas reduce greenhouse gas emissions and increase energy efficiency. And in April 75 Olympic medallists in skiing and snowboarding sent a letter to President Obama urging him to take stronger action on mitigating climate change and promoting clean energy.