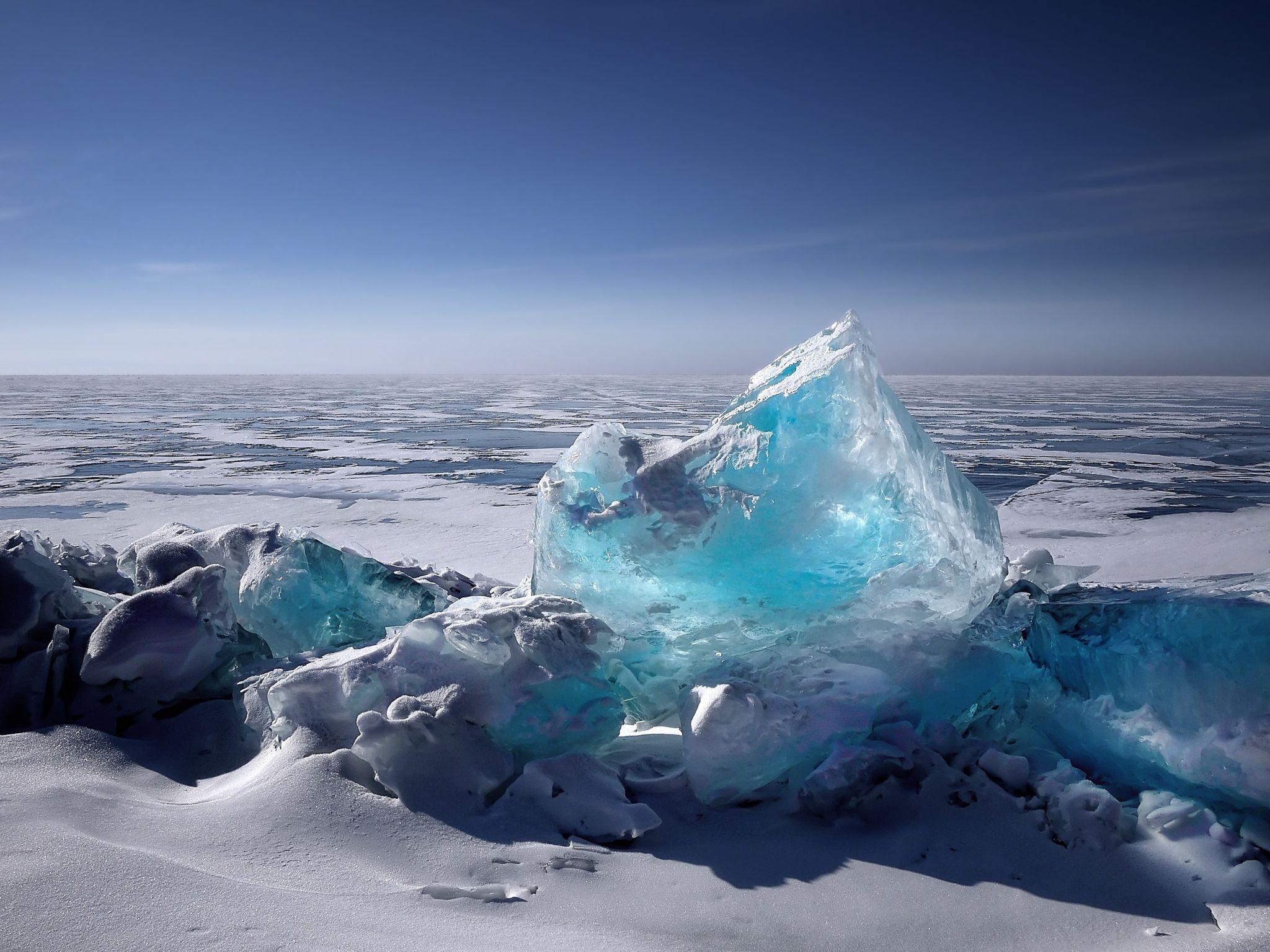 In the characterization of climate change projections, there is debate over whether the climate change scenario RCP 8.5 represents a “business as usual” scenario, a “high emissions” scenario, or a “worst-case” scenario. Further, there are questions about whether RCP 8.5 is consistent with the current trajectory of emissions and whether RCP 8.5 represents the alternate pathway offered by those world leaders championing the use of fossil fuels.

RCP 8.5 is one of a suite of scenarios (Representative Concentration Pathways) that describe several potential future pathways. Each scenario defines a pathway in terms of the concentration of carbon in the atmosphere at any date  – note that these pathways are defined in terms of the concentration (i.e. the level) of carbon in the atmosphere, not the volume of carbon emissions. RCP 8.5 refers to the concentration of carbon that delivers global warming at an average of 8.5 watts per square meter across the planet. The RCP 8.5 pathway delivers a temperature increase of about 4.3˚C by 2100, relative to pre-industrial temperatures. RCP 8.5 is often contrasted with RCP 2.6, which would deliver a total warming of about 1.8˚C by 2100. The researchers who developed the RCP 8.5 scenario describe the pathway in detail here. 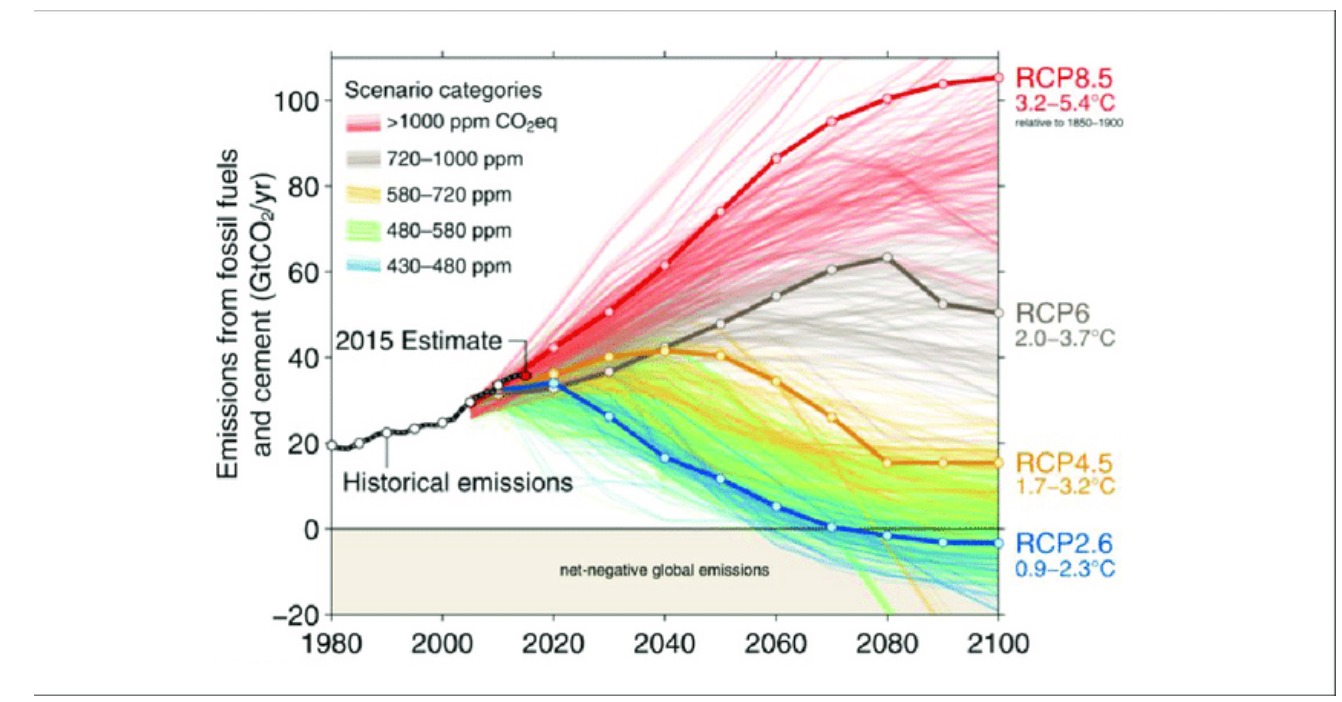 There is a scientific debate about whether RCP 8.5 is a plausible and accurate representation of the concentrations of atmospheric carbon that would be reached on the business as usual path. Some scientists argue that RCP 8.5 may in fact under-estimate future concentrations of atmospheric carbon on the business-as-usual path. Meanwhile, other scientists describe RCP 8.5 concentrations as unlikely, yet plausible, on the business-as-usual path and note that RCP 8.5 is consistent with the current pace of global emissions. And yet other scientists find that the anthropogenic emissions usually associated with RCP 8.5 (e.g. a significant growth in coal-fired power) are very unlikely as that would run counter to current trends in the energy sector. The IPCC reports that “Scenarios without additional efforts to constrain emissions (‘baseline scenarios’) lead to pathways ranging between RCP6.0 and RCP8.5.”

There are two main sources for these contrasting views about RCP 8.5: disagreements over the scenario’s assumptions about the drivers of anthropogenic emissions and uncertainties about carbon/warming feedback loops. The size of anthropogenic emissions depends upon factors such as population growth and technology change, all of which are built into RCP 8.5 as assumptions. In carbon feedback loops natural systems respond to warming by releasing additional carbon or in some cases by reducing the natural drawdown of carbon from the atmosphere which leaves more carbon in the atmosphere. Examples of these feedback loops include permafrost thaw and intensification of methane release by tropical wetlands.

Researchers have looked at what happens when climate models are run using an emissions scenario, rather than concentration scenarios, to partially account for these feedbacks and found that CO2 concentrations and the resulting warming were significantly higher than predicted by a concentration pathway analysis.

In sum, RCP 8.5 is in line with the current trajectory of emissions and in line with the pathway promoted by those policy-makers championing the use of fossil fuels such as coal-fired power.  However, looking decades ahead, emissions on the current business-as-usual trajectory may ultimately come close to but fall short of, the emissions usually associated with RCP 8.5.  Some researchers have identified RCP 7 as a more accurate representation of the emissions in the years further out along the current business-as-usual pathway.

Managing climate change is essentially a risk management exercise, and as such, it is important to know the impacts projected under both high and low emissions scenarios, regardless of the likelihood of each scenario.

ipccRCP 8.5
Send this to a friend