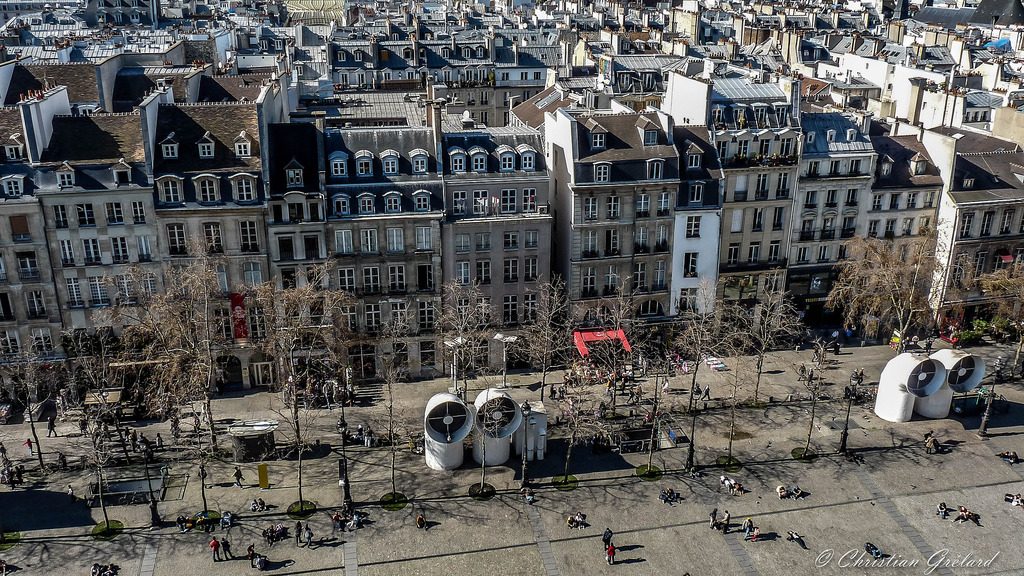 Quote: “The Paris agreement was a wake-up call to the world, and a call to action for entrepreneurs and investors.  As the world reached a dramatic consensus on the need to achieve meaningful climate goals, entrepreneurs and investors provided a chorus of ‘we can do this, and the benefits accrue not only to our planet, but to job creation, economic development and energy access in the developed and developing world alike.’ The events in Paris underlined what we at DBL have been saying for many years now: Investing in our clean energy future is not only not a sacrifice, it’s the most compelling economic opportunity of the 21st century.”

Quote: “In my view, the Paris Agreement is historic in the time frame of a millennium – a thousand years. As the US Declaration of Independence began a global movement towards freedom and democracy, the Paris Climate Agreement was the world’s ‘Declaration of Interdependence’ with, I believe, equally fundamental impacts on the course of history.”

Quote: “While national governments came together to reach a historic climate agreement in Paris last December, it’s up to the world’s states, regions and cities to make it a reality in the years ahead. The task before us is daunting, but California will continue to lead the charge.”

HEADS OF STATE AND NATIONAL REPRESENTATIVES

“Around the world our joint efforts forged a climate agreement in Paris that hopefully will help protect our planet for future generations. Today on earth day, our governments along with about 170 others are in New York to sign that agreement and the US is committed to formally join it this year which should help it take effect years earlier than anybody expected.”

John Kerry, US Secretary of State

“The power of this Agreement is the opportunity it creates, the signal it sends to the marketplace,” Kerry said. “The power of this agreement is what it is going to do to unleash the private sector and is already doing to set the global economy on a path for smart, responsible, sustainable investment … None of what we have to achieve is beyond our technological capacity. The only question is whether it is beyond our resolve.”

“Today is a day to mark and celebrate the hard work done by so many,” he said, “but knowing what we know, this is also a day to recommit ourselves to actually win this war.” He called the agreement a turning point, and the “strongest, most ambitious climate pact ever negotiated,” but cautioned that it does not guarantee that we will hold temperature increase to 2 degrees C (3.6 degrees F) or 1.5 degrees C (2.7 degrees F) — 1.5 degrees C is the Paris Agreement’s ambitious “reach” goal.

“I wish to assure you all that we are perfectly conscious that singing the agreement is just the first step – the easiest part.”

“The Chinese people honor their commitments. We will work hard to earnestly implement the Paris Agreement,”

“We will launch a national emission trade market, substantially increase forest carbon sink. We will put in place a strict accountability system for environmental protection and ensure the implementation of all targets,”

“China will take active part in the follow-up negotiations of the Paris Agreement. We will deepen South-South cooperation on climate change,” he said

Felipe Calderon, former President of Mexico, Chair of the Global Commission on the Economy and Climate

Quote: “Today’s signing ceremony reaffirms the commitments made last December and provides a jolt of energy to international climate efforts. I am heartened that so many countries are signing the agreement at the first opportunity, including the three highest emitters, the United States, China, and India. We’ve entered a new chapter, as countries have come to realize that acting on climate change is in their economic interest.

Now we need to move from rhetoric to reality. Financing the low-carbon transition is our next challenge. We know the capital exists, we just need to unlock it. We’re already seeing positive steps, especially in the developing world. Last year, developing countries invested more in renewables than developed countries for the first time. The New Development Bank is also showing real leadership. Last week it announced its first projects: all are on renewable energy. I hope the more traditional banks will follow this example. Money is already streaming into the low-carbon economy. Once we lower the risks of low-carbon investment, it will become a flood.

The Paris Agreement was a triumph of diplomacy. Today’s signing shows that it wasn’t all talk, and that countries are ready to put in the legwork. This is an important step along the road to a better climate for all.”

Quote: “The Paris Agreement is a milestone in international co-operation. The world now knows its direction of travel and this accelerates the efforts of governments, communities and businesses to tackle the most important challenge of our time. The agreement proves that the UK’s ground-breaking 2008 Climate Change Act was at the forefront of this changing world.

“But it also that shows that global problems need common solutions forged by continuing co-operation between countries – an important lesson at a time when the British people are being asked to break our essential links with our European neighbours.

“Our goal of eliminating emissions before the end of the century is crucial to limiting global temperature rise. We must strengthen our international bonds, not diminish them. There is so much to be gained and no time to waste in building a zero-emissions society.”

Quote:  “As world leaders gather at the UN to formally sign the Paris Agreement, and as people everywhere take action for Earth Day, that very evening Jews will celebrate the first night of Passover. As the story reminds us, in every generation we face a danger of destruction; and therefore, in every generation we ourselves — the text says explicitly, every human being — must take action for our own freedom.

In our generation, the greatest danger is the one that all the world’s governments have now agreed to address:  the global scorching that is bringing new Plagues upon our Earth and all Humanity. The Paris Agreement is a major step forward, but there are still many steps to take.

We must learn from the Passover story how to face the modern Corporate Carbon Pharaohs in a moment in which the Bible says, “Bake your bread in haste; do not delay for the bread to rise!’ — the moment of what Dr. Martin Luther King called “the fierce urgency of Now.”  We must learn from Passover not only how to resist Pharaoh but also how to cross the Wilderness to create an Earth of Promise.”

Quote: “What happened in Paris at the end of 2015 was monumentally historic, but it was the starting point, not the finish line. The opening of the signing period on April 22, and the commitment from both the U.S. and China to sign immediately, is another important step toward turning the important words of the Paris Agreement into even more important action. Young Evangelicals for Climate Action is grateful for this important mile marker on the road toward ever deeper care for God’s creation and for those most affected by its degradation.”

Quote: “It falls to us – to our generation – to launch the greatest social change movement the world has ever known. This can only happen if religion – which is the most powerful force on earth – channels the resolve of its adherents to make the changes science says we must so that our children will know something of the Eden into which we were born.”

“As a global community, we have the technology, finance and ingenuity to make the transition to a low-carbon future.”

“Future generations will surely judge this generation of leaders not by principles they set out in communiqués but by what they actually do to eradicate poverty, build shared prosperity and protect our children and their children from climate disaster”

“COP 21 in Paris was an unambiguous success. The expectations of many were surpassed and the ‘direction of travel’ was identified. In 2016, the challenge will be the speed of that travel. We need to move faster.” – Caroline Kende-Robb, Executive Director, Africa Progress Panel

Quote: “Although the signing ceremony is largely symbolic, the sheer numbers of countries expected to sign this week is a powerful statement of global commitment to the Paris Agreement.”

“What’s even more notable is how many of the major players are pushing for early ratification, and who they are. They include the US, China and India, the world’s biggest emitters of greenhouse gases – all countries that have at times mounted roadblocks in the UN process, but which are all now taking a leadership role.”

“The developing country impetus is particularly noteworthy, with China, India and other emerging economies now setting the pace in the global low-carbon race. Last year for the first time emerging economies invested more in renewable energy than developed economies – and the message is that developed economies, including the UK, risk losing out on economic benefits of the low-carbon transition if they don’t keep up.”

Quote: “Our patients are already experiencing climate change health impacts today, and we can expect these to increase with time. We must bring more of our science and political will to bear and without delay to avert  the potential negative climate change impacts, and to maximize the potential public health benefits of our mitigation actions.”

Quote: “As a physician, I see fighting climate change as my greatest opportunity to protect the health of my patients.  When world leaders gather to sign the historic Paris Agreement this Earth Day, this unprecedented action will highlight the critical importance of limiting global warming to the health of us all.”

Quote: “The Paris Agreement represents a critical step forward in the international response to climate chan​ge. The agreement underscores the urgency of this issue and sets us on a path to improving global health.  Today’s signing is a milestone for quality of life and cause for celebration!”

Quote: In 2009, the Lancet Commission identified climate change as “the biggest global health threat of the 21st century” and in its 2015 report stated that “tackling climate change could be the greatest global health opportunity of the 21st century.” The connection between climate change and population health is clear, from the direct impacts of extreme weather events, to the indirect impacts on health due to increased air pollution, the spread of disease vectors, and food insecurity. The global commitment to the Paris Agreement is a critical step in the process of turning the threat into an opportunity, and is consistent with our mission of improving the lives of the people and communities we serve, for generations to come.

Alan H. Lockwood, MD, Emeritus Professor of Neurology at the University at Buffalo; Senior Scientist at Physicians for Social Responsibility

Quote: Signing the Paris Climate Accords is a critical step toward maximizing the public health opportunities in response to the challenges of climate change. From A for Aedes aegypti, the mosquito that carries the deadly dengue virus to Z for Zika, demanding tasks and opportunities to protect health await us. We can follow one of two paths, one leading to a secure future, the other to health ravages associated with heat, rising sea level, drought, crop failures, floods, more intense hurricanes and other adversities that are predicted by the world’s foremost climate scientists.