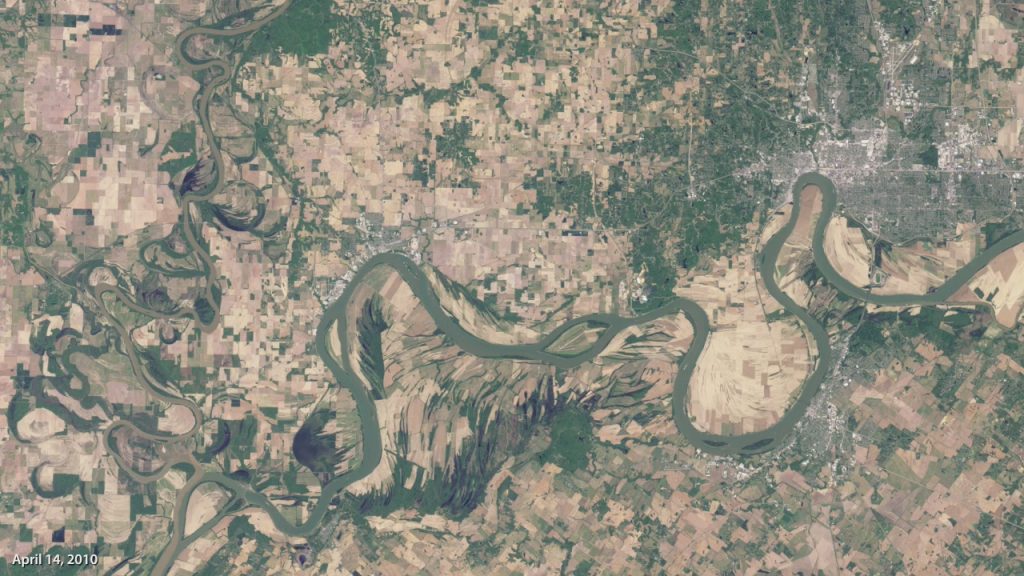 The strongest El Niño on record and a climate-changed-warmed atmosphere have combined forces to produce a massive storm that caused record-breaking floods in the Midwest during the first week of 2016. The storm has killed more than 20 people and caused massive damage to homes and infrastructure. The Mississippi River basin was hit by rainfall that was two to six times above average prior to the flooding, a level of intensity triggered by record warm temperatures.

While the exact course of the extreme rains driven by El Niño are difficult to predict with confidence, those rains are likely to be charged with extra precipitation added in by global warming. A warmer atmosphere holds more moisture, and just as a bigger bucket dumps more water when it empties, climate models project that El Niño rains are likely to dump more water wherever they ultimately fall. 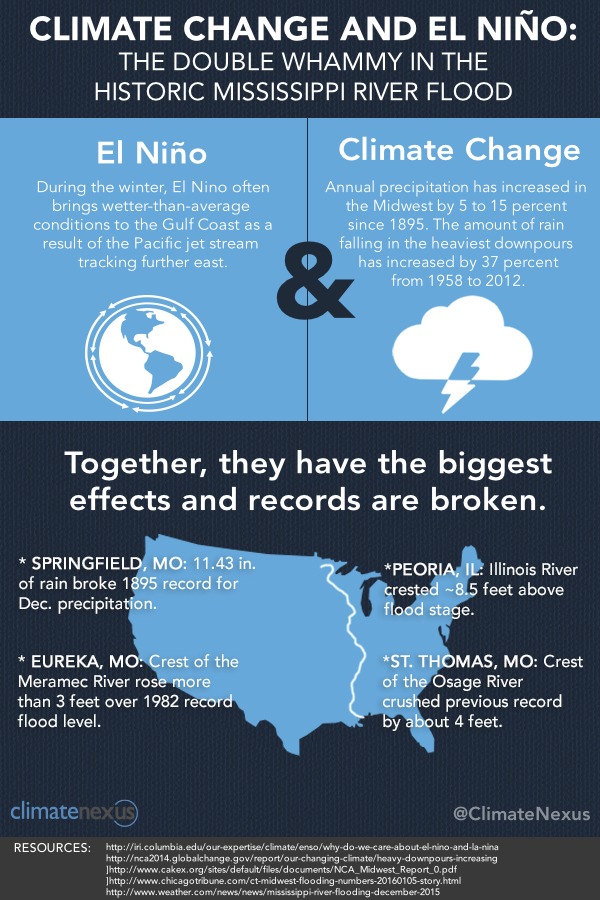