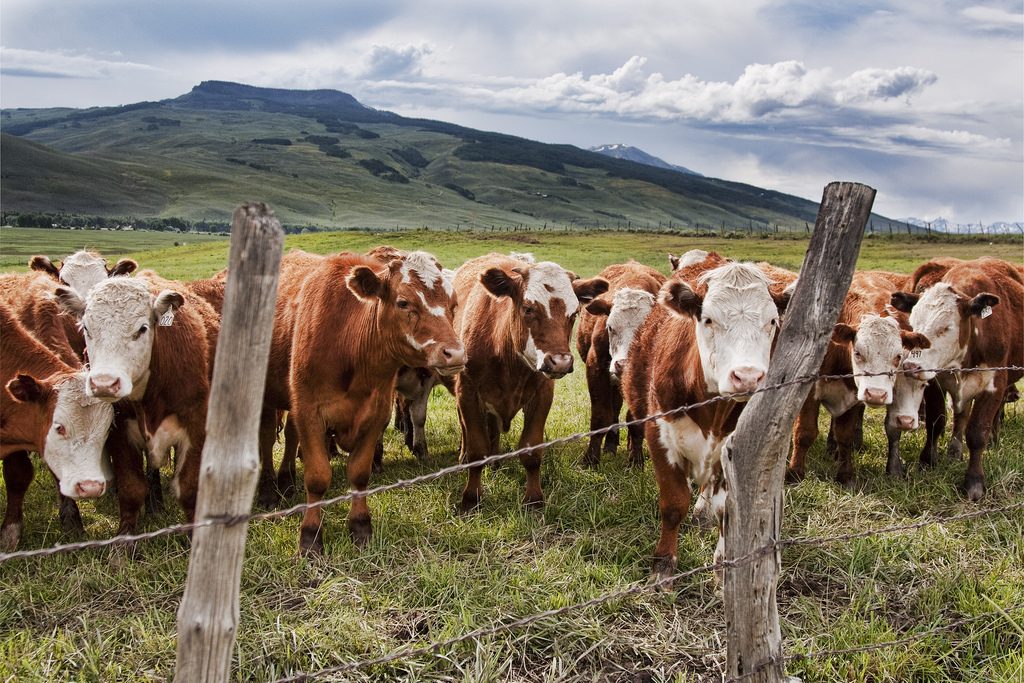 Chinese government and health officials underscored at a Monday press conference in Beijing the importance of following the recently updated national dietary guidelines, which recommend reducing meat consumption by 50 percent. Health and climate change experts stressed that current levels of meat consumption are not sustainable, and urged China’s 1.3 billion citizens to adopt this “lifestyle change” to reach the goal of cutting China’s meat consumption in half and putting a dent in the country’s emissions.

Animal agriculture is a major source of greenhouse gas emissions. If the new dietary guidelines are followed, emissions from meat consumption in China could drop significantly — by an amount equal to six percent of Chinese emissions or 1.5 percent of global emissions, according to a new report and video featuring international celebrities released today by 5 To Do Today.

The report shows that emissions from animal agriculture represent 14.5 percent of total global greenhouse gas emissions, equivalent to fuel burned by all the world’s transport vehicles. The guidelines, announced by the Ministry of Health of the People’s Republic of China, are intended to improve public health, and would also have a significant impact on the climate.

“Through this kind of lifestyle change, it is expected that the livestock industry will transform and carbon emissions will be reduced,” said Li Junfeng, director general of the National Center on Climate Change Strategy and International Cooperation. “Tackling climate change involves scientific judgement, political decisions, entrepreneur support, but at last, it still relies on involvement of the general public to change the consumption behavior in China. Every single one of us has to believe in the low-carbon concept and slowly adapt to it.”

The guidelines represent a major disruption to global and Chinese dietary trends. China now consumes 28 percent of the world’s meat and dairy products and half of its pork. Meat consumption in China has increased sixfold since 1978. Global meat consumption is expected to rise 76 percent by 2050, driven mainly by developing economies. If consumption patterns continue on their current track, China would be the largest source of this increased demand. Despite high levels of meat consumption, research shows that 83 percent of China’s citizens are willing to eat less meat.

According to Chatham House and research published in the Proceedings from the National Academy of Sciences, the current level of meat consumption across the globe is not sustainable and has a tremendous impact on societal health and the environment. Reports show that it is a hugely inefficient use of land and water and drives deforestation and the loss of biodiversity.

Overconsumption of animal products like processed meats is also associated with obesity and an increased risk of contracting non-communicable diseases like heart disease and type-2 diabetes.

“Overconsumption of meat…will impose adverse effects on our body, affecting our health in the long run,” said Yuexin Yang, President of the Chinese Nutrition Society.

The Chinese Nutrition Society has partnered with 5 To Do Today to help communicate the need for a sharp reduction of meat consumption and that dietary choices have a direct impact on the climate. The campaign, taglined “Less Meat, Less Heat, More Life” features Director James Cameron, former Mr. Universe and Governor of California Arnold Schwarzenegger, and China’s most famous actress, Li Bingbing. Each will be featured in PSAs on Chinese television and billboards to encourage reduced meat consumption. This 2-minute video offers some behind the scenes footage of how the PSAs were made.

“China’s move to cut meat consumption in half would not only have a huge impact on public health, it is a massive leadership step towards drastically reducing carbon emissions and reaching the goals set out in the Paris Agreement,” said James Cameron. “Animal agriculture emits more than all transportation combined. Reducing demand for animal-based foods is essential if we are to limit global warming to 2°C as agreed at COP21.”

Currently, the United States has no regulatory limits on meat consumption, nor is there a cap on livestock production. In 2014, the meat industry spent over $10 million on campaign contributions and almost $7 million on lobbying the federal government. In a move that some experts consider to be the result of meat industry lobbying, the North American Meat Institute spearheaded the “Hands Off My Hot Dog” petition, successfully pressuring the USDA to rank red meat with healthier proteins that are part of a “healthy eating pattern.”

Learn more about the ways countries are changing their diets to address climate change at My Plate My Planet and follow the conversation at #ClimateDiet.