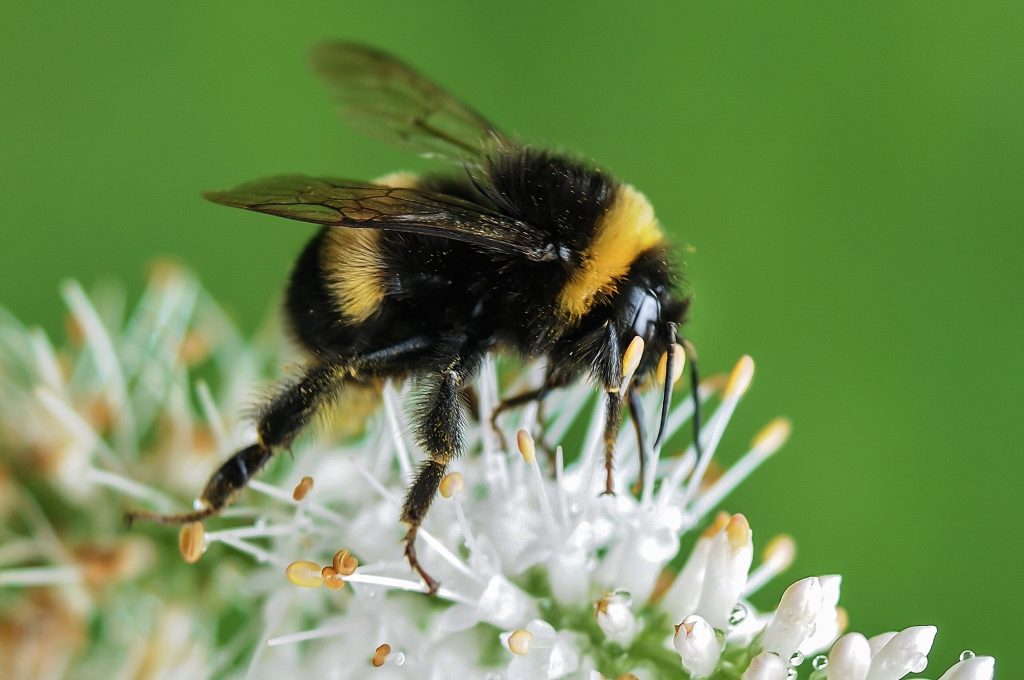 North American and European bumblebee species face significant risks from climate change, according to research in Science. Faced with rising temperatures, bumblebees have been unable to shift their range to higher latitudes. These key pollinators are left with a smaller range of viable habitat, and their surprising inability to adapt put both the bumblebee and agricultural productivity at risk.

As the primary and most efficient pollinators of a number of agricultural crops, any threat to bumblebees has serious implications for food security. Bumblebees and honeybees are responsible for pollinating approximately one-third of the food that we eat, including tomatoes, cucumbers, peppers, squash, melons, strawberries, blueberries, cherries, nuts, sunflowers and clover, which supports livestock. With Colony Collapse Disorder already afflicting honeybee populations, the reduced range of bumblebees puts agricultural productivity at acute risk.

By analyzing observations of 67 European and North American bumblebee species over the past 110 years, the researchers found that bumblebees have not adapted to temperature changes affecting the northern edges of their range, where populations were formerly constrained by too-cool climes. Warming temperatures are also causing range losses of up to 300km in bees’ southernmost and warmest habitats.

“What’s happening effectively is that bumblebee species are being crushed in the jaws of climate change,” said Dr. Jeremy Kerr, lead author of the study and professor of biology at the University of Ottawa.

As Kerr explains, “When you look at the northern edges of their ranges, or the coldest places that they used to inhabit, bumblebee species are not expanding into areas that have warmed up but that used to be too cold for them. Most other species are doing that.” He notes, “If you look at the southern areas — the southern limits of their ranges — those are collapsing inward. Bumblebee species’ ranges are effectively rolling up like a rug from the south.”

Study authors controlled for pesticide and neonicotinoid use and land use patterns to determine the role of rising temperatures in the bees’ reduced ranges. They found that bumblebee habitat ranges began shrinking before the widespread use of neonicotinoids. While specific instances or regions saw population losses due to those factors, the bumblebees’ large-scale, intercontinental range losses are best explained by warming temperatures.

“The net effect of climate change appears to be that species’ geographical ranges, the places that you can find them, are getting smaller and smaller,” said Kerr.