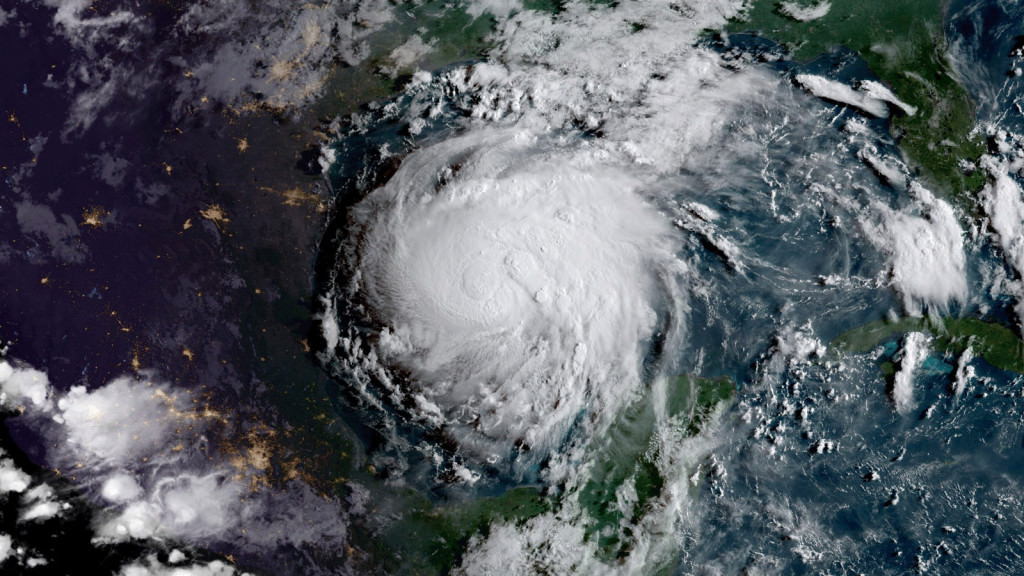 Trump said Harvey and Irma were record-breaking storms, tweeting excitedly in the lead up to each storm. But when asked about climate change, he retreated to denial, pointing to past storms earlier in the century as being similar or bigger, a tactic frequently used by deniers to confuse the public about the physics of how global warming affects hurricanes.

Hurricanes Harvey and Irma were unprecedented and record-breaking. Harvey dropped nearly 52 inches of rain in some places, more than any other tropical cyclone to hit the continental US. Irma set records for its sustained intensity, and was the strongest storm ever recorded in that part of the Atlantic ocean, both likely driven in part by the warm waters in which Irma developed. This is in line with the US National Climate Assessment (2014) which reported that “the intensity, frequency, and duration of North Atlantic hurricanes, as well as the frequency of the strongest hurricanes, have all increased since the early 1980s.”

Though Trump did not get into the details, some have pointed to frequency of landfalling major hurricanes in the past to claim there is no evidence of climate change influencing hurricanes. This is based on a narrow reading of a narrow metric, basing a trend judgement on just 15 storms over 100 years.

Here’s what everyone should know:

Pointing to past storms is a way to dodge the question of whether warming worsens damage done by storms like Irma and Harvey. It does. The side argument about whether global warming also increased the windspeed of these storm is the logical equivalent of excusing a drunk driver because sober people have caused worse automobile accidents. Or as one columnist put it: “it’s not possible to assert with mathematical certainty that hurricanes Harvey and Irma were caused by global warming. It’s also not possible to stipulate exactly which carton of Camels brought about my father’s lung cancer. Only that his 40 year, two-packs-a-day tobacco habit shortened his life by a decade or more.”

frontpagehurricanestalking points
Send this to a friend