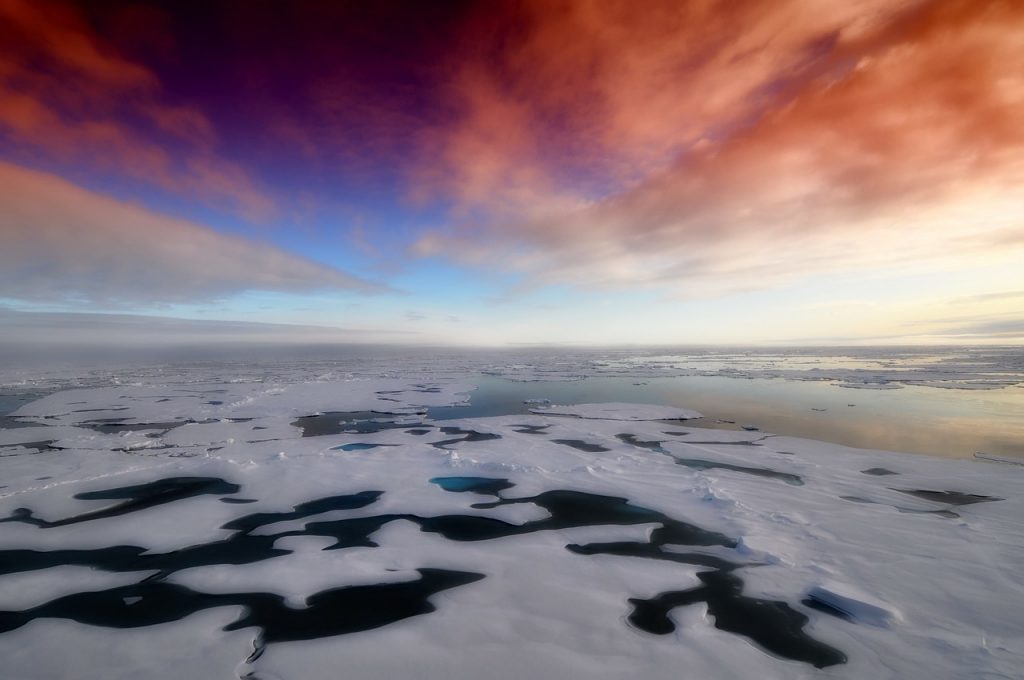 NSIDC’s announcement comes several weeks after the official maximum because experts needed to ensure that a surge of ice in March, when Arctic sea ice usually peaks, wouldn’t surpass the February maximum. Summer sea ice loss (which set a new record low in 2012 at nearly 50 percent of the historical average) is more troubling visually. But, beating the record low winter maximum is alarming since this is the time of year when Arctic sea ice is thickest and most expansive, right before the period of intense melting that lasts until early fall.

Winter ice level is an indicator of the summer ice minimum which is influenced by the extent and volume of winter ice as well as by the effect of summer weather. Of the two indicators of the overall change in Arctic sea ice volume—thickness and extent—thickness is a better predictor of summer ice extent and has declined rapidly in recent years. A new study found a 65 percent decline in sea ice thickness between 1975 and 2012. Together, decreasing sea ice thickness and extent have contributed to a dramatic collapse in total summer Arctic sea ice volume estimated at 75 percent since 1979. So far this year, Arctic sea ice volume, is significantly below the historical average.

The fact that this year’s maximum sea ice extent is the lowest since satellite monitoring began in 1979 is yet another warning sign of just how swiftly climate change is reshaping the Arctic. While ice extent varies from year to year due to changeable weather conditions, the Arctic is warming at twice the rate of anywhere else on Earth, and Arctic sea ice has shown a dramatic decline over the past thirty years with recent climate models predicting ice free summer conditions as early as 2050. Research shows that before the 20th century’s influx of greenhouse gasses and subsequent period of Arctic sea ice retreat, the Arctic was in a 2,000-year cooling trend.

The loss of Arctic sea ice has serious consequences for the Earth’s climate system. Arctic sea ice covers an important portion of the planet’s surface and reflects sunlight back into space that would otherwise warm the ocean. More specific to the U.S., a growing body of research shows that warming of the Arctic atmosphere may be connected to warm air intrusions into Alaska, cold air outbreaks in the East, and persistent heat in the West.

NSIDC’s announcement of the record low Arctic sea ice maximum marks the third alarming climate signal this week. A paper published Wednesday found that the remaining trees in the Amazon rainforest have removed a third less carbon from the atmosphere over the last decade, prompting alarm over the usefulness of the Amazon as a carbon sink for climate mitigation. On Tuesday, Australian scientists reported newly discovered rivers underneath the largest glacier in East Antarctica, indicating the Totten Glacier is at risk of irreversibly melting.

These changes are clear warning signs, a glimpse of some of the consequences of further warming of our planet and an indication of why rapid action is needed to prevent even more catastrophic changes.