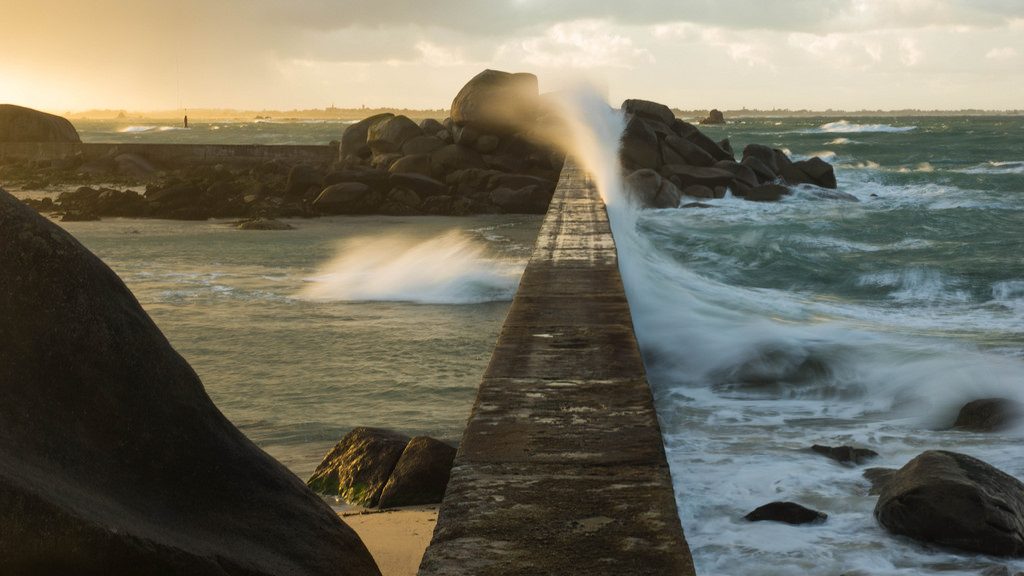 As governments work towards an agreement to limit global warming by reducing greenhouse gas emissions (mitigation), warming to-date is already incurring changes in the climate that require a response.  Adaptation refers to the set of actions and policies that help communities prepare for and respond to the changes in the climate that can no longer be avoided.  These actions enhance the capacity of countries and communities to cope with changing natural hazards (like sea level rise, stronger storms, or longer more severe droughts) and minimize the loss of life and financial cost.

Adaptation in the UNFCCC Context

While adaptation is a crucial component of a climate change response it is not a solution to climate change.  The distinction between response and solution, sits at the core of an ongoing debate on what role adaptation should play in international climate negotiations.  Since the Copenhagen talks (COP 15) in 2009, adaptation has steadily garnered more attention in the negotiations.  At the 2010 Climate Change Conference in Cancun (COP 16) parties adopted the Cancun Adaptation Framework (CAF), which elevated the goal of adaptation in the UNFCCC.   The CAF further established an Adaptation Committee to develop policy on adaptation and oversee its implementation under the terms of the Convention.  The climate meetings in Durban, South Africa the following year strengthened the framework and mandated that the next big climate agreement address adaptation in equal measure with mitigation and international climate finance.

More recently, parties arrived at two major decisions on adaptation at the COP 20 meetings in Lima, Peru.   Parties agreed to permit countries to include in their INDCs the measures they intend to take on adaptation, in addition to the steps they plan to take to reduce emissions.  However, parties did not set clear guidelines for how adaptation should be addressed in an INDC.  The December 2014 decision in Lima also reinforced the Durban decision and specified that the Paris agreement “shall address in a balanced manner, inter alia, mitigation, adaptation, finance, technology development and transfer, and capacity-building, and transparency of action and support.”

The Challenges of Implementing and Financing Adaptation

While all countries are adversely affected by climate change and consequently share a universal need to take adaptation measures to build their resilience, some countries are more vulnerable and have greater adaptation needs than others.  Typically the least developed and poorest countries have disproportionately unmet adaptation needs.  Less developed countries and countries particularly vulnerable to certain climate change impacts (like the small island developing nations who are exceptionally at risk because of sea level rise) have typically pushed the hardest for adaptation to be given more attention in international negotiations.

Many of the countries that most need to improve their adaptive capacity to climate change lack the necessary financial resources.  As a result the adaptation issue in international climate talks is tied to the issue of international climate finance and more generally to the issue of how that financing is to be secured. Where these countries cannot generate these improvements independently they want assistance in the form of funding, training, and technology transfers from developed countries to help them counteract the risk climate change presents to the health and wellbeing of their people and territory.   To date the principal funds that have been set up to oversee adaptation finance include the Kyoto Protocol Adaptation Fund, three funds managed by the Global Environment Facility, and the Green Climate Fund (GCF).  Conceived at the COP meetings in Copenhagen and formally established one year later, the GCF is designed to channel investment from both public and private sources to developing countries to help them tackle climate change.  In GCF board ruling DECISION B.06/06 the GCF mandates that 50 percent of the funds will be invested in adaptation projects while the other 50 percent are designated for mitigation projects that will help developing countries transition to a low carbon economy.  The GCF is intended to help address the needed climate-financing shortfall to date and redress inadequate levels of funding for adaptation.  As recently as 2013, adaptation received less than 10 percent of overall climate finance.

While investing in adapting to climate change is very cost-intensive it is also very cost-effective.  Several studies have shown that actions taken to build resilience now create significant returns on investment down the road.  For instance one study found that for every dollar spent on resilience, 2.90 dollars were saved in the form of reduced humanitarian spending, avoided losses and development gains.  However, adaptation requires large upfront costs.  In the abstract all countries understand the importance of adaptation, however, countries disagree on who should shoulder the cost for it and how to balance the resources and actions that must be put towards mitigation (which will ultimately reduce the degree of adaptation action that will be needed in the future) with the immediate adaptation needs that countries face and want to prioritize in talks.

Adaptation is often addressed in combination with loss and damage, a separate although highly related topic in the international climate talks. Loss and damage, occurs when extreme conditions overwhelm the limits of a country’s adaptive capacity.  In other words, the more a country strengthens its adaptive capacity, the fewer losses and less damage it is likely to incur.  At the Warsaw meetings parties to the UNFCCC process approved a work plan on loss and damage and scheduled a review of that plan for the 2016 calendar year.  The timeline for UNFCCC decision-making on loss and damage, therefore, is not currently aligned with the Paris talks, though some parties are pushing for inclusion.

The Long-Term Goal Discussion and Adaptation

Coming out of the Lima talks, adaptation’s profile has been elevated in negotiations but the ambiguity of how to set a road map and coordinate country action on the issue has lingered.  Intensifying discussion within the UNFCCC is revolving around developing a global adaptation goal to create a ‘north star’ to direct country planning and programming on adaptation.  The global adaptation goal is one dimension of the long-term goal discussion that is gaining ground as the world gets closer to the 2015 Paris meetings.  Several proposed configurations of a global adaptation goal were incorporated into the draft negotiating text of the Paris climate agreement at the February 2015 The Ad Hoc Working Group on the Durban Platform for Enhanced Action (ADP) meetings in Geneva and have remained in the various iterations of the Agreement text that have been produced by the ADP Co-chairs since the Geneva talks.  All of the long-term adaptation-specific options that countries have proposed have been distilled in a comprehensive long-term goal table linked to here (while some several of these options have since been whittled down in the iterations of the agreement text that have been produced since Geneva, the full menu of options included in the Geneva text are still technically on the table and have legal standing in the negotiating proceedings heading into Paris). UNFCCC parties have not arrived at consensus around any single option that has been proposed to the agreement, but this will remain a lively area of debate in the months leading up to the Paris talks.